The modest calming of the market that began late in the summer has continued into early fall, the latest market report from Zillow® shows. Buyers are finding slightly more selection, more price cuts and a bit more time to evaluate a home before it goes under contract. "The housing market continued its gradual return to some semblance of normalcy in September, helped by the END_OF_DOCUMENT_TOKEN_TO_BE_REPLACED 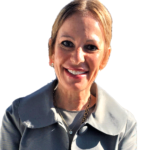 Arizona Israel Technology Alliance (AITA), the premier resource for companies and organizations in Arizona and Israel on collaborative initiatives, today announced it has named Mara Pernick as its chief executive officer (CEO), effective immediately. AITA founder and former CEO Leib Bolel will continue to serve as AITA president and board member, in addition to his role as END_OF_DOCUMENT_TOKEN_TO_BE_REPLACED 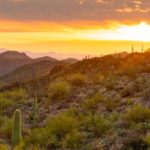 The Howard Hughes Corporation and Jerry Colangelo today announced the launch of Douglas Ranch, a new large-scale master-planned community (MPC) in Phoenix’s West Valley. Encompassing nearly 37,000 acres in the nation’s fastest-growing metro region, Douglas Ranch is anticipated to become one of the leading MPCs in the country, with 100,000 homes, 300,000 residents and 55 million END_OF_DOCUMENT_TOKEN_TO_BE_REPLACED

Amazon released its 2021 Small Business Empowerment Report outlining how the company provides opportunity, tools, and services to help more than 500,000 third-party selling partners in the U.S. reach hundreds of millions of customers, increase revenue and profits, and create good jobs across America. The report comes just ahead of the Amazon Accelerate 2021 virtual conference END_OF_DOCUMENT_TOKEN_TO_BE_REPLACED