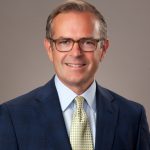 Northern Trust has appointed Curtiss Smith as Phoenix Region President, where he will lead the team in the delivery of outstanding client service and accelerate the growth of the Northern Trust Wealth Management platform. Most recently, Smith served as Senior Banking Director for Northern Trust markets in Arizona, Nevada and Colorado. Previously, he held positions at END_OF_DOCUMENT_TOKEN_TO_BE_REPLACED

Western Alliance Bank, one of the country's top-performing banking companies, announced the promotions of several senior executives and the formation of a new Executive Leadership Team as part of the bank’s continuing commitment to align its management structure to support its industry-leading growth. “I am delighted to share these well-deserved promotions with our END_OF_DOCUMENT_TOKEN_TO_BE_REPLACED

FirstBank, one of the nation’s largest privately held banks with a focus on “banking for good,” announced continued growth in assets, deposits, and income as part of its 2022 second quarter summary of the company’s holdings and activities. At the end of June, FirstBank’s Arizona division saw total assets climb to $1.5 billion, up 41 percent from the same period in 2021. END_OF_DOCUMENT_TOKEN_TO_BE_REPLACED

Bank Extends Grant Down Payment Program for Homebuyers in Phoenix

BMO Financial Group announced the extension of its Welcome Home Grant down payment program in Chicago and Phoenix. The program offers grants to eligible borrowers to help with down payment and closing costs, helping buyers in underserved communities access the credit they need and accelerate their dream of homeownership. When paired with other home financing END_OF_DOCUMENT_TOKEN_TO_BE_REPLACED

Arizona Bank among Top 25 Publicly Traded Banks in the U.S.

New details have emerged regarding how small businesses might be able to win some of the federal dollars flowing to the State of Arizona as part of the Infrastructure Investment and Jobs Act. The bill, signed into law by President Biden in November of 2021, allocates funds to states and businesses by means of grants and specialized programs. Both delivery methods have direct END_OF_DOCUMENT_TOKEN_TO_BE_REPLACED

TruWest Credit Union has launched a new tool through its partnership with SavvyMoney, a comprehensive credit score program which allows customers to monitor, improve and be in control of their credit. The platform provides an in-depth analysis and report of credit scores with free ongoing access, an understanding of key factors that impact credit, and recommendations on how to END_OF_DOCUMENT_TOKEN_TO_BE_REPLACED

Gainey Business Bank, Inc. announced its Grand Opening on July 11, 2022. A celebration of the opening is being held at the Bank’s location, 8501 N. Scottsdale Road, Suite 110, Scottsdale AZ 85253. With this Grand Opening, Gainey Business Bank is pleased to announce that it is the newest Community Bank to open in the Valley; only the second new community bank opened in the past END_OF_DOCUMENT_TOKEN_TO_BE_REPLACED

Stressed Out Financially? 3 Tips to Reduce the Worries

A perfect storm of world events is understandably triggering financial stress in the vast majority of Americans. In a recent survey by the American Psychological Association, more than 80% of U.S. adults said they were feeling increased financial stress due to: Higher inflation (87%) Ongoing supply chain issues caused by the pandemic (81%) Global uncertainty due to END_OF_DOCUMENT_TOKEN_TO_BE_REPLACED 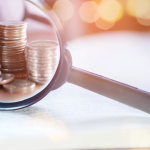 The 5 C’s of Credit — character, capacity, capital, collateral and conditions — is an old term that outlines what business owners need to have established to secure financing and grow. The Census Bureau reports that 5.4 million businesses were formed in 2021. Many of these new businesses haven’t had enough time to establish the 5 C’s of credit and therefore may be at a loss as END_OF_DOCUMENT_TOKEN_TO_BE_REPLACED

Access to capital is holding Latin-owned business back, according to a recent survey released by the United States Federal Reserve. Latinos are three times as likely as the general population to start a business, but cultural and economic factors have hampered the growth of Latino-owned businesses at a cost of trillions of dollars. The path to access capital has many END_OF_DOCUMENT_TOKEN_TO_BE_REPLACED

President, CEO and Founder of Integro Bank, Thomas J. Inserra announced today that it received final regulatory approvals from the State of Arizona and the Federal Deposit Insurance Corporation (FDIC) to disburse its capital from escrow and open the bank. This means the bank is now legally chartered and that its customer deposits have federal deposit insurance protection from END_OF_DOCUMENT_TOKEN_TO_BE_REPLACED

In an effort to grow small business and support minority business owners in partnership with Local First Arizona, Arizona Federal Credit Union is proud to be one of the financial literacy partners for the We Rise and Fuerza Local accelerator programs. These programs focus on providing Black and Hispanic business owners with the support and resources to succeed while END_OF_DOCUMENT_TOKEN_TO_BE_REPLACED

Integro Bank (In Organization) announced that it obtained conditional approval from the State of Arizona Department of Insurance and Financial Services to open a new bank devoted to helping small businesses. Among the conditions for opening the bank is a requirement to raise a minimum of $27.9 million in capital and for the bank to obtain regulatory approval from the Federal END_OF_DOCUMENT_TOKEN_TO_BE_REPLACED

Scottsdale Community Bank, the first new community bank in Arizona in more than 14 years, will hold a grand opening ceremony for its investors and special guests on May 18. Scottsdale Mayor David Ortega will speak. The Federal Deposit Insurance Corporation and the State of Arizona provided final approval to Scottsdale Community Bank effective January 10. Arizona has only 10 END_OF_DOCUMENT_TOKEN_TO_BE_REPLACED