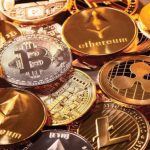 Anyone who’s been paying attention knows that the last few months have been turbulent for cryptocurrency. The industry has seen a lot of shake-ups because the market is being driven by macroeconomic factors that extend far beyond just crypto, reaching into stocks, assets, equities, and even real estate.  Since December 2021, the crypto market has been trending downward, END_OF_DOCUMENT_TOKEN_TO_BE_REPLACED 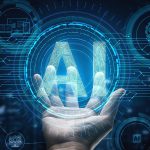 Tragically, the number of school shootings is not diminishing. Parents and administrators are searching for solutions to increase the security of their schools. Iterate wants to help. Having developed computer vision AI applications for our commercial clients, we are now bringing affordable “Threat Awareness AI” to schools. We obtained several hundred hours of videos of END_OF_DOCUMENT_TOKEN_TO_BE_REPLACED 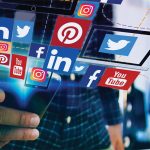 Social media is one of, if not the, most popular ways companies communicate with their audience. With that in mind and the fact that social media is so visible, companies need to be careful when navigating these platforms. However, it’s far too easy to decide to have a voice on social media that misses the mark. A neutral voice for general information and a catered voice for END_OF_DOCUMENT_TOKEN_TO_BE_REPLACED 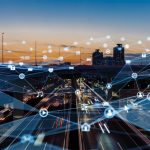 A Barron’s study projects tech jobs will grow at twice the national jobs rate in the next decade. The largest growth will occur in the Southwest, Arizona alone growing 25% as folks — no longer tied to a Silicon Valley cubicle — flee California. Phoenix’s growth has increased year after year as one of the hottest hubs for job growth in the tech sector as more companies relocate END_OF_DOCUMENT_TOKEN_TO_BE_REPLACED 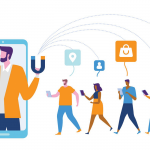 Micro-influencers are defined as online creators with between 10,000 and 75,000 followers. The reason it’s a good idea for small businesses to partner with this tier of influencers comes down to a few factors: engagement rate, collaborative partnerships and click-thru capabilities. Micro-influencers tend to be a perfect fit for brands of every kind and size because they have END_OF_DOCUMENT_TOKEN_TO_BE_REPLACED

A Nervous System for Robots 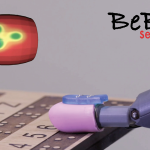 RoboSkin is a line of skin-like coverings for tactile awareness for humanoid robots and prosthetics created by BeBop Sensors, Inc. the world leader in smart fabric sensor technologies. A true nervous system for robots at less than 1mm thick, RoboSkin is the only technology that fits all robotic body parts — limbs, fingers, feet, head and torso — to make robots “feel” better. END_OF_DOCUMENT_TOKEN_TO_BE_REPLACED 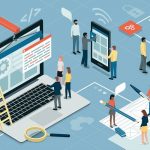 All e-commerce businesses hit a plateau at some point. They grow rapidly but, once they hit a certain amount of revenue, they can’t seem to scale beyond it. Plateaus are scary but completely normal and totally fixable. With a good e-commerce strategy, businesses can expand their horizons, remove bottlenecks, and grow faster than ever. Customer Reviews Businesses aren’t the END_OF_DOCUMENT_TOKEN_TO_BE_REPLACED

The Internet – Transforming the Economy 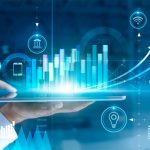 The Economic Impact of the Market-Making Internet, a study released every four years by the Interactive Advertising Bureau (IAB), reported recently that the internet contributed $48 billion to the state’s GDP in 2020 and accounted for 135,900 jobs in Arizona. The growth in Arizona’s internet jobs has been remarkable, going from around 37,000 in 2012 to just under 136,000 in END_OF_DOCUMENT_TOKEN_TO_BE_REPLACED 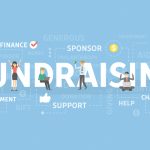 We created Virtuous in 2014 to provide nonprofit organizations with a platform to grow generosity and build donor relationships through responsive fundraising. We’ve since become the fastest-growing nonprofit CRM and have been adding more tools to the platform to support the entire giving experience, whether that’s with a donor or a volunteer.  Most giving is driven by a END_OF_DOCUMENT_TOKEN_TO_BE_REPLACED

Business Owners Can Reap the Many Rewards of Automating Payables 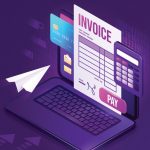 The accounts payable (AP) process can look very different depending on the size and nature of an organization. Especially if a business is experiencing growth, is in the middle of a busy season, or working to close out annual reporting, the thought “There must be an easier way to do this” has probably been discussed.  Or an organization may be preparing a budget and business END_OF_DOCUMENT_TOKEN_TO_BE_REPLACED

Cybersecurity Checklist for a Safer 2022 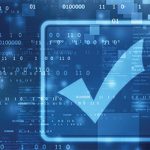 Cybersecurity will continue to be a significant concern in 2022 as threats and ransomware reports have had a sharp upturn over the last two years.  There are myriad items to consider in the quest for cybersecurity hygiene, but here’s a few to contemplate: Instill a business-first security mindset. I believe that security is an enabler to making companies go faster. A END_OF_DOCUMENT_TOKEN_TO_BE_REPLACED 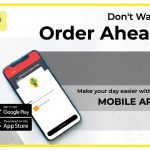 Mobile apps are rapidly taking over as the preferred way for consumers to place an order with local businesses. More than 66% of consumers stated they prefer using digital wallets and apps with brands they like. Local businesses in Arizona such as coffee shops and restaurants had to adapt quickly to catch up with the trend of mobile payments. Copper Creek Cookies is an END_OF_DOCUMENT_TOKEN_TO_BE_REPLACED

by Julie and Timo Moeller 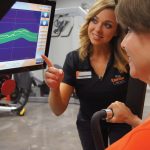 On March 3, a new “smart fitness studio” opened at 4626 N. 16th Street in Phoenix that relies on artificial intelligence and robotics instead of dumbbells, treadmills, etc. The exercise machines adjust a person’s workout to his/her strengths and weaknesses in real time, thereby helping people get the most out of their workout and avoid injury. Additionally, the proprietary END_OF_DOCUMENT_TOKEN_TO_BE_REPLACED 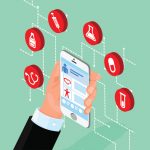 We see it in the news every day. The Arizona healthcare industry is facing major personnel shortfalls and is in a fierce competition to attract qualified talent. According to data from the U.S. Department of Health & Human Services, the State of Arizona ranked fifth in this struggle, with 30% of hospital reporting a staffing shortage.  There is no easy solution to this END_OF_DOCUMENT_TOKEN_TO_BE_REPLACED

2022 Staffing Trends and the Role Technology Can Play 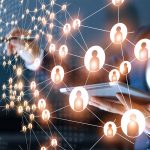 As the economy continues to boom, and the appetite for talent along with it, candidates are increasingly able to raise their expectations of both their employment and of the recruitment process itself. Superior candidate experience has become more than a topic that requires well-meaning lip-service. It requires speed, transparency and humanity that many businesses or recruiters END_OF_DOCUMENT_TOKEN_TO_BE_REPLACED

Climate Fintech for the Agricultural Economy 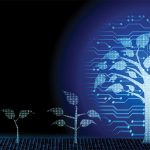 In the face of a constantly changing climate, creating long-term business resilience has evolved from nice-to-have to a necessity. From uncertainty and increasing competitive pressures to the need to mitigate today’s climate and regulatory risks, a myriad of challenges have created an opportunity to digitize the agriculture finance sector. Agricultural data and risk END_OF_DOCUMENT_TOKEN_TO_BE_REPLACED 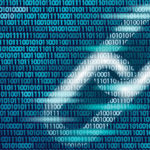 The Partnership for Economic Innovation, a passionate collective of business and community leaders dedicated to accelerating Arizona’s economic opportunities, launched the Arizona Blockchain Applied Research Center in 2019 to leverage emerging blockchain research to create usable products for the global marketplace, with Arizona State University as its research partner. END_OF_DOCUMENT_TOKEN_TO_BE_REPLACED 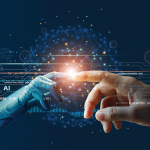 We are living in a cultural moment of unparalleled technological adaptation and advancement. At the beginning of the pandemic, companies were required to adopt digital tools and technologies to stay ahead of the curve, and many saw great success in implementing these technologies into their everyday operations. But one area has seen burgeoning success in recent years — END_OF_DOCUMENT_TOKEN_TO_BE_REPLACED

Each regional internet registry (RIR) has its own specific set of policies governing its pool of Internet Protocol (IP) resources. However, inconsistencies across registries’ regulatory rules make it difficult for them to meet the increasing expectations of businesses as well as match the industry’s fast-paced growth. According to Aistis Zenkevičius, director of R&D at END_OF_DOCUMENT_TOKEN_TO_BE_REPLACED 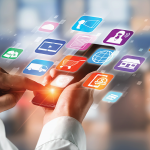 In my experience, the key to business success is communicating the right message to the right clients at the right time. When businesspeople communicate effectively with current and prospective clients, they can increase conversion, reduce churn and build long-term relationships that result in more sales. But engaging with customers and prospects can be difficult if the END_OF_DOCUMENT_TOKEN_TO_BE_REPLACED