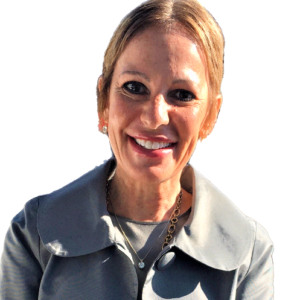 Arizona Israel Technology Alliance (AITA), the premier resource for companies and organizations in Arizona and Israel on collaborative initiatives, today announced it has named Mara Pernick as its chief executive officer (CEO), effective immediately. AITA founder and former CEO Leib Bolel will continue to serve as AITA president and board member, in addition to his role as partner of Grayhawk Capital.

“Mara is the right leader for the AITA,” said Amir Glogau, AITA board member. “Her extensive  background and business development skills will help the AITA continue on its mission of strengthening Arizona’s and Israel’s commercial relationship.”

Pernick has more than a decade of senior management experience, including strategic development and plan execution at Arizona and national based organizations, most recently as executive director of invisionAZ. Previously, Pernick served in a number of roles including as vice president of Global Innovation and Strategic Initiatives for the Arizona Chamber of Commerce and vice president for the Greater Phoenix Economic Council. Prior to that, she worked on Capitol Hill in Washington D.C working on legislative issues important at both the state and federal level. She received a bachelor’s in communications and political science from the University of Arizona, and an MBA from George Mason University.

“We are delighted to have Mara lead this organization,” Bolel said. “Her passion for both Arizona and Israel combined with her vast experience in working with international companies out of Israel and beyond makes her the perfect fit.”

Since AITA’s inception, the number of Israeli-owned companies with operations in Arizona has accelerated, leading to a growing local workforce. To date, AITA has supported numerous trade delegations between the two areas and more than 100 Israeli companies seeking to increase ties with Arizona.

“I have witnessed what AITA has accomplished to date as they worked tirelessly to strengthen the connection between Israel and Arizona,” said Pernick. “I look forward to working with its team and board members to continue these outcomes and take the organization forward.”