Express Employment Professionals is putting job seekers to work through its fourth annual mass interviewing event, now expanded from one day to a full week, Aug. 2-6, 2021. Formerly called National Interview Day, the event was first created by the staffing company and celebrated in 2018 as a new way to recruit and educate job seekers in a historically tight labor market. END_OF_DOCUMENT_TOKEN_TO_BE_REPLACED 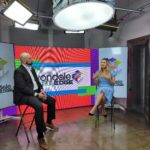 What makes a city successful? What gives one community that edge over another? Avondale’s Office of Economic Development and Tourism shares the answers to those questions through an exciting digital tv series, aptly titled Avondale Edge, which launches on Tuesday, August 3. The nine-episode series will be shared across the city’s many social media platforms, as well on END_OF_DOCUMENT_TOKEN_TO_BE_REPLACED 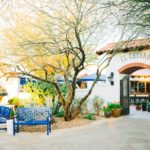 It's one of the Valley’s most iconic addresses, drawing the likes of John Wayne, Clark Gable and over 10,000 annual visitors. And it now has new ownership committed to preserving its character and charm in perpetuity. El Chorro, which first became part of the local landscape back in 1934, when it opened as the Judson School for Girls, has since become one of the state's most END_OF_DOCUMENT_TOKEN_TO_BE_REPLACED

UPCOMING SESSIONS Please join us for the upcoming Boot Camp sessions. If you missed any sessions this week, watch here. SESSION 175: TUESDAY - August 10 | 9:00 AM Operational Excellence: Customer Service as a Differentiating Factor Operational excellence means your business can evaluate END_OF_DOCUMENT_TOKEN_TO_BE_REPLACED

UPCOMING SESSIONS Please join us for the upcoming Boot Camp sessions. If you missed any sessions this week, watch here. SESSION 173: TUESDAY - August 3 | 9:00 AM Food Math: Profit Strategies for Your Restaurant Understanding the bottom line each month has as much to do with the proper calculations as it does with interpreting those figures. END_OF_DOCUMENT_TOKEN_TO_BE_REPLACED

Phoenix Sky Harbor International Airport has been accredited by Airports Council International (ACI) for providing a safe airport experience for all travelers. The ACI Airport Health Accreditation program requires a thorough assessment of an airport's cleaning and safety practices. Those practices are then measured against the international industry standard. In order to END_OF_DOCUMENT_TOKEN_TO_BE_REPLACED

The U.S. Small Business Administration reached a new milestone of successfully awarding over $7.5 billion in Shuttered Venue Operators Grants (SVOGs) to more than 10,000 hard-hit live entertainment small businesses, nonprofits, and venues. The SVOG program is designed to assist in getting the nation’s cultural institutions, which are critical to the economy and were among the END_OF_DOCUMENT_TOKEN_TO_BE_REPLACED

Supporting Intersectionality in the LGBTQ+ Community

While Pride month is behind us, we must continue to celebrate the LGBTQ+ community’s contributions and milestones that helped us get to where we are today. Throughout the year, we join forces, participate in events and spotlight the community’s unwavering spirit and incredible resiliency. In addition to continuing to support the LGBTQ+ community, it is important to reflect on END_OF_DOCUMENT_TOKEN_TO_BE_REPLACED

One of the biggest challenges during the Agile transformation is to help people become agile and stay agile. Experts of Agile management encourage us to define the boundaries for our employees. Agile coaching gurus call us to set and enforce high expectations. I know you understand the importance of doing that. But, as it often happens, saying is one thing, and doing is END_OF_DOCUMENT_TOKEN_TO_BE_REPLACED

Corporate America—especially legacy venture capital (VC) and private equity (PE) firms—is losing millions of dollars in potential investment by not looking at small- and medium-sized business. The main reason for this slight – these SMBs do not aspire to be billion-dollar companies. Paul Ford, founder and president of DS9 Capital, a founder-friendly portfolio management holding END_OF_DOCUMENT_TOKEN_TO_BE_REPLACED