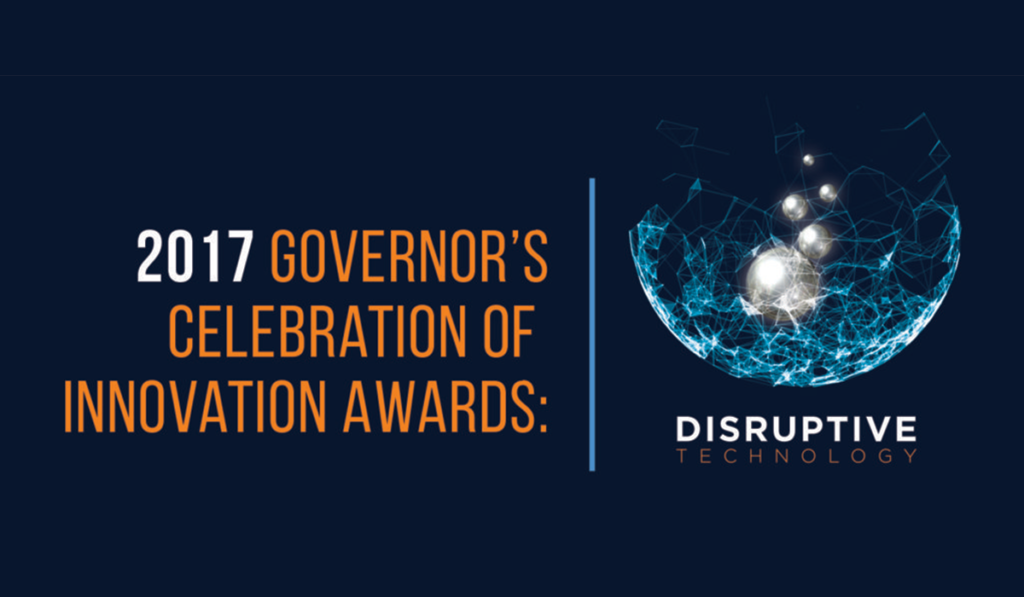 Whether working in solitude or as a team, being an innovator likely means working long days in relative anonymity while perfecting what may be — or not — the next big thing. But for at least one night of the year, the Arizona Technology Council casts the spotlight on the segment of the science and technology focused on making a better future.

The Council in conjunction with the Arizona Commerce Authority recently paid tribute to the most noteworthy accomplishments when they announced award winners at the 14th Governor’s Celebration of Innovation (GCOI), a gala attended by the top technology companies and leaders in Arizona, who included Gov. Doug Ducey. More than 700 people representing Arizona’s booming tech ecosystem attended the early November event that featured the theme “Disruptive Technology.”

“As our technology community continues to grow, the bar for innovation is set higher and higher,” says Steven G. Zylstra, president and CEO of the Arizona Technology Council. “This year’s winners represent the best and brightest companies and individuals our state has to offer.” Sandra Watson, president and CEO of the Arizona Commerce Authority, says, “Their accomplishments are helping grow Arizona’s economy and advance our competitive position globally.”

The 2017 GCOI winners in their respective categories are:

Future Innovators of the Year Awards representing the top performers in the Arizona engineering and science fairs (grades 9-12) for the year 2016. Each winner receives a $1,000 scholarship:

Teacher of the Year award: