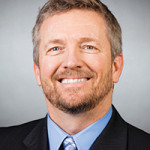 Rick Nielsen, the regional director of engineering for Cox Communications’ Southwest Region, and Teresa Snyder, vice president of marketing for Scottsdale-based OneNeck IT Solutions, have been named to the board of directors of the Arizona Technology Council for three-year terms ending Oct. 31, 2018.Nielsen leads the engineering team for Cox’s largest region, covering Phoenix; portions of Southern Arizona, including Tucson; and Las Vegas, Nev. He began his career with the U.S. Air Force, and was stationed in England and Nebraska. Nielsen then joined MCI Telecommunications, where he led a team of technicians that supported residential and commercial customers in Omaha, Neb.

He joined Cox as a manager of broadband in Omaha, where he was promoted to director engineering and operations. Nielsen accepted the position of vice president of engineering & operations with a move to Roanoke, VA. He joined Time Warner Cable as vice president engineering & operations leading the Capital District region based in Schenectady, NY, before rejoining Cox in 2011 and ultimately leading his current team. Nielsen received his bachelor of science degree from Bellevue University in Nebraska and attended Averett University in Virginia. 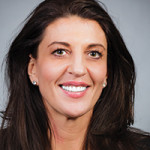 At OneNeck, Snyder is charged with creating superior brand recognition, increasing awareness and understanding of the entire product and service portfolio, cultivating opportunities in new and existing markets, and growing demand for OneNeck’s solutions. She joined OneNeck IT Solutions by way of OneNeck IT Services, which she joined in 2002, and built the marketing initiatives that helped lead to its successful acquisition.

Prior to joining OneNeck, Teresa held the position of marketing communications manager at two high-tech firms in the Phoenix area. She holds a bachelor of arts degree in public relations from Northern Arizona University as well as an MBA in organizational management from the University of Phoenix.