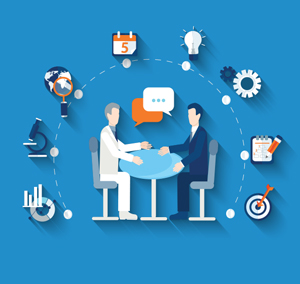 The business world is becoming increasingly global. Although globalization opens many opportunities, it also creates many complex challenges for traveling the world as a buyer or a seller seeking business agreements and ventures in the global arena. If you’re interested in taking advantage of these new global opportunities, you’ll need a working knowledge in finance and currency, global strategy, and foreign legal and accounting practices, along with sharp cross-cultural negotiating skills. Don’t make the mistake of approaching foreign markets the same way you would your domestic market. What works at home will not work elsewhere.

Negotiation is the process in which two or more entities come together to discuss common and conflicting interests to reach a settlement of mutual benefit. In international business negotiations, the process differs from culture to culture in language, behavior, negotiation styles, approaches to problem solving, hidden assumptions, gestures and facial expression, and the role of ceremony and formality.

The parties to a negotiation want to do business or they would not be talking in the first place. Success in international business results from the ability to bring two people together, but all too often, the obstacle is our perception of people from other countries. Frequently, one party negotiates with impossible expectations of the other party.

1) The Players and the Situation — There is a cultural dimension in the way negotiators view the negotiation process that raises several issues. Form, hospitality and protocol play important roles as they interact. The negotiator and/or his team should discover the expectations of his counterpart and work to create a negotiating environment that leads to cooperation and solving problems. If possible, negotiators should also research biographical data and analyze his/her counterpart’s organization or institutional role, especially the level of his authority to reach agreement. In the case of negotiating teams, it is useful to discover how corporate culture affects negotiation dynamics.

2) Styles of Decision-Making — The organizational culture of a foreign corporation may require adhering to formal rules and regulations guiding its decision-making process. To influence a foreign corporation’s decision-making process, analyze its corporate culture and structure arguments to fit within established guidelines you discover, if possible. By discovering how foreign counterparts look at facts and analyze data, negotiators can substantiate positions with facts, leading to a successful outcome.

3) National Character — Foreign negotiators concerned with international image may be preoccupied with their national heritage, identity, language and organizational role. Cultural attitudes, such as ethnocentrism — the universal tendency for people to favor their own group over others — may influence the tone of their negotiating positions.

4) Cross-Cultural Noise — Noise consists of the environmental distractions that have nothing to do with the content of the foreign negotiator’s message.  Factors such as gestures, personal proximity and office surroundings (e.g., room temperature) may unintentionally or intentionally interfere with communication. The danger of misinterpretation of messages requires awareness of various contextual factors.

5) Interpreters and Translators — Fisher, in his book International Negotiations: A Cross-Cultural Perspective, points to limitations in translating certain ideas, concepts, meanings and nuances. Subjective meaning may not come across through words alone. Gestures, tone of voice, cadence, and language that lends itself to more than one meaning are all meant to send a message that can be excluded in any translation.

Sometimes, a negotiator will try to communicate a concept or idea that does not exist in the counterpart’s culture. For example, the Anglo concept of “fair play” has no equal in any other language. How then can an American or English national expect “fair play” from a foreign counterpart?

Interpreters and translators may have difficulty transmitting the logic of their key arguments, especially when it comes to abstract concepts such as planning and international strategy. The parties may conclude they reached an agreement when they actually have entirely different intentions and understandings!

Fishers’ five-part framework provides you with a launch pad for practical application. Consider its elements in preparing for your next global business negotiation.

Raymond Hopkins is a member of Global Chamber®.