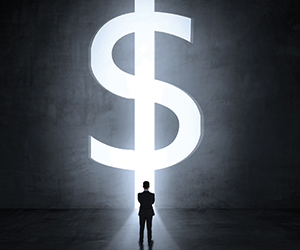 When it comes to coming up with science and technology ideas that can change lives, Arizona is fortunate to have a wealth of talent that could make practically anything possible. But when it comes to finding the money needed to make these ideas reality, the state can be viewed more like a poor stepchild waiting for its turn to get its share.

Intense competition for investors doesn’t make it easy to secure funding despite how good the product or idea may be. For Arizona Technology Council members like Infusionsoft and WebPT, the search for VC funding meant making their pitches outside Arizona. When Infusionsoft announced it closed $55 million in growth financing, it was Bain Capital Ventures, with offices in Boston, Palo Alto and New York, that led the investment round for the provider of sales and marketing software for small businesses. For WebPT, the Web-based physical therapy electronic medical record firm reported receiving a “significant” investment from Battery Ventures, with offices in Boston, Menlo Park (next to Palo Alto), San Francisco and Israel.

When the founder of Medipacs, maker of a groundbreaking drug infusion device, decided to use the same polymer technology in his new company EcosPure, he put a cap on expected funding to develop his first product because of the challenges to attracting risk capital in Arizona.

All of these high-growth potential companies have faced the extra burden of finding risk capital far from home. In a report being crafted for the Arizona Bioscience Board (ABB), the authors at venture capital program advisory firm Cromwell Schmisseur point out that 75 percent of venture capital is managed by firms in California, Massachusetts and New York, while 70 percent of venture capital is invested in companies in those same states. That’s why it’s understandable early-stage firms can get tired of standing in line here and waiting, so they go elsewhere in their search for equity financing, with some even moving altogether.

In Shadows of Others

To get a sense of how Arizona stacks up when it comes to capital, the interactive MoneyTree Report can be used to gather details on these specific key industries: biotechnology, computers and peripherals, electronics/instrumentation, IT services, medical devices and equipment, networking and equipment, semiconductors, software and telecommunications.

The best quarter in the past decade occurred October through December 2014. Investments for these industries across the country totaled more than $11.42 billion — four times the amount in Q1 2009, the weakest quarter in the decade. Our immediate region — Arizona and its adjacent states — fared extremely well as it claimed nearly 60 percent of the capital pool. As for our state alone, Arizona accounted for more than $41.13 million in investments — short of four-tenths of 1 percent of the total.

With the capital well so dry here, you’re likely not surprised that the Arizona Technology Council, its members and supporters were disappointed when a measure to recapitalize the Angel Investment Tax Credit program to the $5 million level failed to make its way out of the Legislature this session. Partnering with state government to increase private investment is a proven strategy. For example, Colorado, a member of our region that outperforms Arizona in venture investment, and its Office of Economic Development and International Trade has established the Colorado Venture Capital Authority to make seed- and early-stage capital investments in businesses.

Those challenges notwithstanding, Arizona still can get its share with the right coordinated efforts such as those offered in the ABB report “Risk Capital in Arizona: Observations and Recommendations to Make Risk Capital More Accessible.” Cromwell Schmisseur was retained to develop a risk capital strategy inclusive of the biosciences but also other technology sectors experiencing similar access-to-capital challenges, says Dan Schmisseur, who co-authored the report with Eric Cromwell.

Fortunately, Arizona is not starting from scratch in its quest for capital. It has some strong suits that include corporate and philanthropic engagement, university outreach, state programs such as the Arizona Commerce Authority’s Arizona Innovation Challenge, and a very strong angel investing culture led by two of the nation’s leading angel investor groups, Desert Angels in Tucson and the Arizona Technology Investor Forum in Phoenix, says Schmisseur.

“The one component for which improvement is most needed — access to early-stage venture capital — is a deficiency shared by the majority of states in the U.S,” he says. “But everything else for Arizona is at least ‘good’ with the potential to be ‘great.’”

In its latest draft, the report already has recommendations to offer Arizona tech sectors:
Honor the angel investors who already have stepped up to show their support.

These recommendations are just a start. ABB intends for the report to constantly evolve and improve as partners step forward to lead or co-develop components of the recommended strategies, says Schmisseur.

That means there still are some growing pains that the poor stepchild must get past until it gets its share.