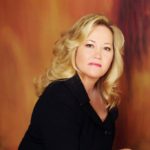 As the founder and president of a woman-owned commercial real estate brokerage firm, Melynn Wakeman bucked the trend of cutting back during the COVID-19 pandemic. Instead, she grew her company in 2020 with the addition of two brokers and a team of IT, marketing, website, legal and accounting consultants. “It’s hard to believe, but the pandemic year was the best (year) of END_OF_DOCUMENT_TOKEN_TO_BE_REPLACED 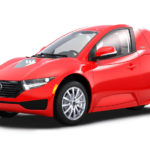 ElectraMeccanica Vehicles Corp., a designer and manufacturer of electric vehicles, today announced that it has selected Mesa, AZ, in the greater Phoenix area, for its U.S. based assembly facility and engineering technical center. Phoenix ranks as the fifth largest city in the U.S. according to 2020 census data, with nearly 1.8 million residents. Mesa, a suburb of Phoenix, ranks END_OF_DOCUMENT_TOKEN_TO_BE_REPLACED

State of Arizona Office of the Governor

More than 1 million Arizonans—approximately one in seven residents—are now fully vaccinated against COVID-19, Governor Doug Ducey and the Arizona Department of Health Services announced today. Arizona is making plans to continue the momentum as temperatures heat up and in anticipation of increased vaccine supply and opening vaccination to everyone 16 and older by May END_OF_DOCUMENT_TOKEN_TO_BE_REPLACED

Immigrant business owners and entrepreneurs face unique challenges when it comes to accessing resources to start and develop a business. Better Business Bureau Serving the Pacific Southwest (BBB) promotes diversity, inclusion and access for business owners, and is proud to host the International Entrepreneur Summit presented by GoDaddy on Wednesday, April 7. The virtual event END_OF_DOCUMENT_TOKEN_TO_BE_REPLACED

After completing a first of its kind acquisition of a community bank by a credit union in late 2019, Arizona Federal Credit Union is proud to announce the full integration and conversion of Pinnacle Bank services is now complete.   With the official conversion complete, Arizona Federal now offers an extended suite of small business services, including SBA and commercial END_OF_DOCUMENT_TOKEN_TO_BE_REPLACED

How to Start Your Business with Your $1,400 Stimulus Check

The historic $1.9-trillion American Rescue Plan of 2021 was signed into law by President Biden a few days before the federal unemployment benefits were set to expire on March 14. This bill provides thousands of dollars of relief for countless families and small businesses in the United States. The Internal Revenue Service on Friday began processing payouts and many people END_OF_DOCUMENT_TOKEN_TO_BE_REPLACED 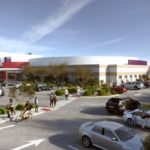 Phoenix Children’s will soon begin work on a freestanding emergency department and multi-specialty clinic in Avondale, Ariz., which will provide West Valley families access to top-ranked, pediatric-specific emergency care and expanded specialty services, now closer to home. The opening of the Southwest Campus is part of a larger strategic effort by Phoenix Children’s to END_OF_DOCUMENT_TOKEN_TO_BE_REPLACED

5 Ways to Make the Most of Email Marketing

According to a recent study by Campaign Monitor, email marketing still has the highest ROI of any outbound marketing initiative. In fact, email marketing generates nearly $44 for every $1 spent. While this is great news for marketers, email marketing can be tricky to master. With billions of emails sent each day worldwide, it can be difficult to break through the monotony and END_OF_DOCUMENT_TOKEN_TO_BE_REPLACED

The Arizona Department of Economic Security (DES) and the Arizona Department of Education (ADE) announced today the USDA Food and Nutrition Service(FNS) authorized DES to reintroduce Arizona P-EBT Benefits program and provide assistance to households with eligible children. It is estimated over $636 million will be distributed to approximately 765,000 children across the state. END_OF_DOCUMENT_TOKEN_TO_BE_REPLACED