Great Labor Day Stays in Arizona include All the Fun 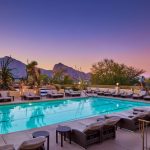 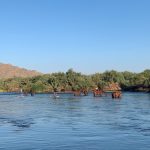 Imagine yourself in an open-cockpit Stearman biplane soaking up the Sonoran Desert vistas and mountains. The scene will be reality for the lucky raffle winner of the Commemorative Air Force’s generous donation for a flight on its Stearman N2S-3, out of Mesa’s Falcon Field. The plane, known simply as a Stearman, is the basic military trainer for the United States Army Air END_OF_DOCUMENT_TOKEN_TO_BE_REPLACED

New listings of homes for sale fell 15% year over year in the four weeks ending August 21, the biggest annual decline since the start of the pandemic. As a result, the supply of for-sale homes fell 0.6% from the previous four-week period–a slight decline, but just the second such drop since February, according to a new report from Redfin, the technology-powered real estate END_OF_DOCUMENT_TOKEN_TO_BE_REPLACED

Facing a foreclosure can be one of the most stressful things in our lives. You've worked hard and purchased the house you love, only to have it all threatened due to an unplanned event. The pandemic showed us how life could change overnight, and the unthinkable can come to pass. Millions faced the inability to pay their mortgages while banks offered no support. Current real END_OF_DOCUMENT_TOKEN_TO_BE_REPLACED

In celebration of National Dog Day today, Phoenix-based Dogtopia, the nation's fastest-growing dog daycare franchise announced it has signed a record number of new franchise agreements in 2022. These deals, many of which were signed by existing franchisees looking to expand, will bring more than 100 new locations to markets across the U.S. over the next two years. In addition, END_OF_DOCUMENT_TOKEN_TO_BE_REPLACED