GPS Finds Its Way in Business 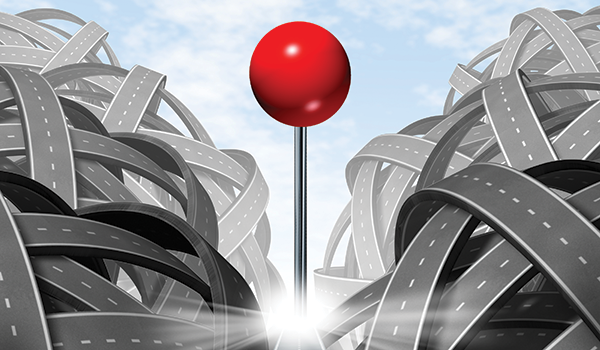 As fleet manager for Pink Jeep Tours, Greg McCallum deals with his share of questions: Did a jeep make it to the Grand Canyon yet? When is the Trekker getting to the hotel to pick up guests? Just where is that jeep that left not long ago? To find the answers, McCallum turns to the heavens. If you think he’s guided by the stars, you’re close.

His fleet relies on on-board systems that harness needed data via the Global Positioning System (GPS), a collection of orbiting satellites that the U.S. Air Force maintains to help users with positioning and navigation. That information is translated back on Earth so Pink Jeep Tours can keep track of the fleet and drivers always know where they are so riders can enjoy their time wherever the trail takes them. “The GPS tracking system is one of those things that our customer never sees but definitely benefits from,” McCallum says.

At the heart of his tracking system and others like it is a receiver that, once installed, uses signals from the GPS to determine precisely where a jeep, service vehicle, big rig or whatever it’s mounted on is at any moment. In turn, that information is transmitted by cellular or other radio waves to a central location, often a computer network. To someone with Internet access back at the office or as near as a smartphone, the vehicle’s location — usually as an icon on a map — appears on the screen in real time.

But where there is need, there is new technology to take something further. For example, to check why one vehicle always comes back to the yard with less fuel than expected, collected data can show how much fuel is being consumed to get from one stop to another and whether the driver is straying from an assigned route to run his own errands on the other side of town. Or if a plumbing service needs to locate one of its plumbers to change plans and head instead to a flooded house, the office can tell the homeowner how much longer till help arrives.

Think of what is wanted — quickly learn when truck A needs to be taken out of the lineup for maintenance, change a delivery order on the fly for van B, check how fast a suspected lead foot is going through a school zone with pickup C — and the GPS-based system sorts incoming data to do the job. Or a business owner just might want to check if the time spent doing the job equals the hours that an employee submits to payroll, says Alberto Chavez, water manager for Mesa-based Dry Force, which provides property damage restoration services. “The software makes fleet management a lot easier,” he says.

All roads lead to using the right software. “We are continually advancing our highly customizable and user-friendly platform based on customer requests,” says Robert Donat, CEO of Scottsdale-based GPS Insight, which counts McCallum and Chavez among its client base. While formerly working for a trucking firm, “I found that the existing companies in the space did not have the features and technology that my customer was looking for,” he says. So he created the tracking software himself and founded GPS Insight in 2004. Donat now has about 1,500 customers with 50,000 vehicles and other assets to track. The fleet sizes range from 5 to 3,000 vehicles in such industries as HVAC/plumbing, delivery and even copper mining.

Most other companies — like Affordable GPS Tracking and Master Route, both headquartered in Phoenix — focus on selling the units and support components tailored to the need. As an independent distributor, “I have the latitude to provide a custom-configured solution specifically to match each customer’s requirements,” says Allan Hansen, president of Master Route. And after installation is complete, support is essential. “We’re not a call center that passes you down the line,” says Victor Krstetc, owner of Affordable GPS. “When we pick up our phones, we’re capable of fully answering our customers’ questions to full satisfaction.”

Hansen, whose customers range from a two-person landscaping business to a mid-sized commodity feed trucking company with dozens of trucks, notices a lot of interest in his product lines when company sizes reach about 10 vehicles. “These employers feel they have lost the control they once had when it was just them and one or two other employees,” he says. And to get customers used to their new technology, Krstetc’s company assigns each a specialist who walks them through their systems until customers as far as Mexico and Canada are completely comfortable. “That customer service continues whenever a question or concern arises,” he says, reflecting the position of Donat’s and Hansen’s companies.

For a fleet manager and anyone else charged with using a tracking system, daily experience with a personal computer reduces the learning curve dramatically. An on-screen user interface is similar to just about any other productivity program. And with Web-based software, there is no reinstallation of software if something happens to the computer or smartphone. But the biggest feature is return on investment. By letting operators squeeze out any needed data to gauge vehicle performance, idle time ultimately can be kept to a minimum.

But beware of getting caught up in all the bells and whistles. The systems can be tailored to what the business needs are, but, like anything in life, don’t get what isn’t needed. The specific features to pass on or keep depend on the situation. “Try a few out side by side to compare and see which one is the best fit for your business,” Donat says.