Welcome to Arizona, Where the Future Is Now 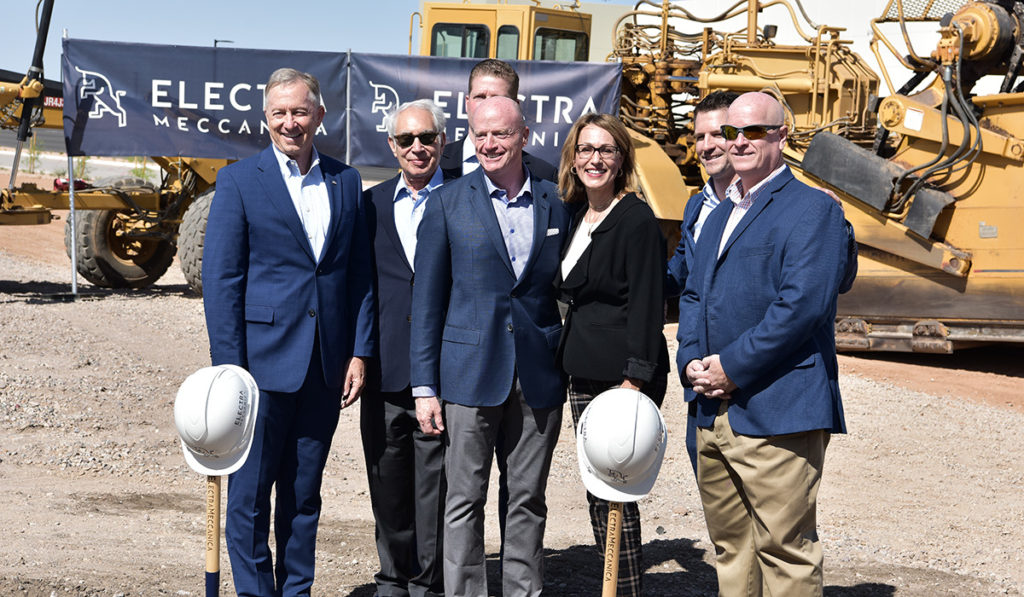 Ask any visitor to the state in 2011 what drives Arizona’s economy and you’d likely hear about retirees, real estate and red rocks.

Today, Arizona is making a name for itself for entirely different reasons.

Recently, national publications have labeled the state “U.S. Semiconductor Central,” “a modern-day salon of (electric vehicle) innovators,” and “the place where autonomous vehicles go to learn.”

The economic transformation has been called the most important story of the last decade, and it’s no accident.

“We knew that we had a real opportunity with technology, and it started right from the get-go,” said Governor Doug Ducey, who took office in 2015.

In one of his first executive orders, an action facilitating the development of automated vehicle testing, Ducey stated, “The state has a shared vision that the future of transportation and commerce relies on innovative technologies.”

That vision has paid off. Today, the list of companies that have operated automated vehicle testing here include TuSimple, Mobileye, Nuro, Imagery, Waymo, Uber, Lunewave, Udelv, Cruise and Local Motors.

“There’s been a tremendous amount of policy work that has happened over the course of the last 10 years, with Governor Ducey launching first-in-the-nation reforms around the fintech and proptech sandboxes, automated vehicles, creating the Institute for Automated Mobility, the focus on the Internet of Things and these new technologies that will really advance our economies,” said Sandra Watson, president and CEO of the Arizona Commerce Authority. 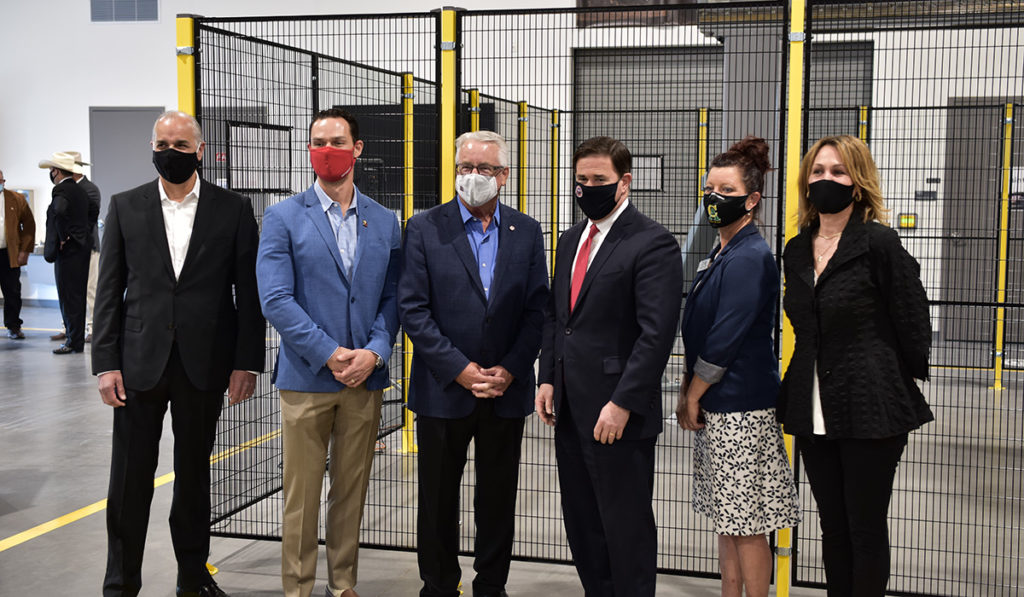 According to technology reporting firm CompTIA, since 2015, Arizona has added more than 38,000 tech jobs, bringing total employment in the tech industry to 255,998. The firm predicts Arizona will be a top 10 state for tech jobs added by the end of the decade, with more than 22,000 jobs to come.

Already, it appears that forecast may be an underestimate. Arizona is experiencing a surge of historic proportions in high-tech manufacturing projects.

Ten months prior, Taiwan Semiconductor Manufacturing Company (TSMC), the largest producer of computer chips in the world, announced a $12 billion investment of its own to build a chip fab in Phoenix. The project will create more than 1,600 new high-tech jobs and generate thousands of additional jobs in the state for suppliers and other companies within the semiconductor industry.

“We are increasingly seeing that technology and industrial sectors are converging,” said Girish Rishi, CEO of software firm Blue Yonder. The Scottsdale-based company, which was recently acquired by electronics giant Panasonic, worked with the ACA on a 2015 expansion project.

“For Blue Yonder to anchor our headquarters in Arizona, the ACA played a defining role,” Rishi added. “ACA brings a degree of empathy, a degree of understanding, a time investment to understand our business and our requirements.”

The high-tech announcements represented by Intel and TSMC are of the type any state dreams of landing. For Arizona, they are part of a robust, diverse and thriving innovation ecosystem that includes emerging technologies such as artificial intelligence, automated vehicles, the Internet of Things, freshwater science, renewable energy, quantum computing, smart materials, nanosatellites and electric vehicles.

Take Pinal County, for example, where electric vehicle manufacturers Lucid Motors and Nikola have built state-of-the-art assembly plants. The facilities will support thousands of high-tech jobs in the years to come. 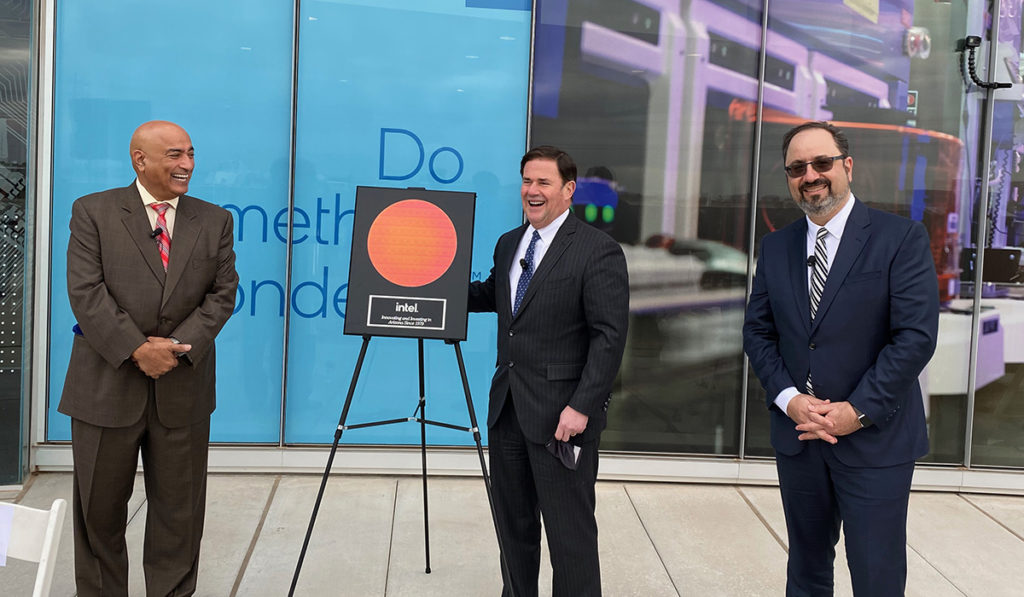 Helping fill these positions with ready talent is the advanced manufacturing training center known as “Drive48,” located in Coolidge, Arizona. The training facility, which offers students instruction in advanced automotive assembly, is the product of a unique collaboration of the ACA, Central Arizona College, the City of Casa Grande and Lucid Motors.

“The future of Arizona is super bright because when the manufacturers locate here, all their suppliers want to come locate near them,” said Dawn Grove, corporate counsel for Karsten Manufacturing and an ACA board member. “The multiplier effect from these businesses creates further opportunities in the community for services such as banking, restaurants and retail — lifting up all of Arizona.”

One way that’s experienced is in higher incomes. Last year, Arizona led the nation in personal income growth. Since 2011, median household income in Arizona has grown from $46,709 to $62,055, faster than inflation and the U.S. as a whole.

With high-quality jobs in abundance and advanced industries thriving, Arizona finds itself light years away from its old self. According to Governor Ducey, that means great things for today’s residents as well as future generations.

“What it means is no matter where you are on the spectrum, whether you’re entry level, whether you work with your hands, whether you’re a knowledge worker, you can make this your home, you can build your career, you can pursue your version of the American dream right here in Arizona,” he added.