The Guide to Starting or Bettering Your Business 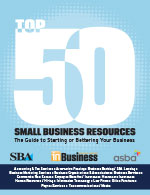 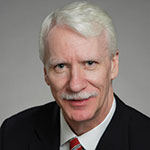 The pace of SBA-backed lending continues to rebound. SBA lending remains strong, providing capital to small businesses at a steady pre-recession pace. The first 11 weeks of FY 2013 (which began Oct. 1) saw more loans and more dollars loaned than the same period a year ago, a year in which SBA recorded the second-highest loan volume in the agency’s history. Overall, lending continues at a solid pre-recession pace, some weeks more, some weeks less. Last week nationally was the busiest of the current quarter.

Overall, the pace of SBA loan-making is a healthy sign for the economy and the credit markets and is one of the foundations for ensuring the availability of financing to small businesses trying to establish themselves, grow and create new jobs for Americans.

Facing tough questions in tough times doesn’t have to be as difficult as it seems. Some of the most common issues that we, working with the Arizona Small Business Development Center Network or the SCORE Association, have helped businesses with are examining their business model, evaluating their business plan and knowing where to go for the help that they need.

Robert Blaney has served as the district director of the U.S. Small Business Administration for the State of Arizona since 1998. His varied experience includes work as a federal agent, police officer, vice-president of an insurance brokerage and administrative assistant to the late Congressman Jack Kemp. He is a native of western New York and a graduate of the State University College of New York at Buffalo 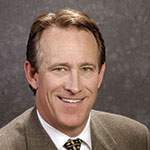 Small Business Is the Power of Arizona

A Kauffman Foundation study released in May says that, overall in 2011, there was a downward dip in new business start-ups nationwide. But the study points to five states with the highest entrepreneurial activity rate — and Arizona’s is highest.

If there is one thing good that has come out of the economic downturn it is that there are more small businesses per capita in Arizona than ever before. In fact, 97 percent of Arizona’s economy is generated through small business. Arizona is leading the country out of the recession, thanks to Arizona small businesses.

While sales and income are gradually increasing in small businesses in general, there is still a significant amount of work to be done to convince the buying public it’s safe to come out now. Some have referred to the Great Recession as a buyer’s revolution. No longer are the days when consumers are going to accept the status quo. Consumers are becoming much more educated and much more wary about parting with their money.

The market correction also gave birth to a buying correction. America has a “re-born” consumer who is more like our grandparents who went through the Great Depression, when stashing money in a mattress was preferable to investing. People are holding onto their vehicles longer before replacing them, remodeling their home instead of “going bigger,” and fixing broken and worn-out appliances rather than replacing them.

We have consumers who want us to prove it is worthwhile for them to spend their money. This is where small business makes the difference, connecting at the neighbor level to restore the confidence that will power the economy.

Rick Murray has a wide and varied background that includes entrepreneurial endeavors and nonprofit association executive experience. Murray has seen tremendous success by using the same formula he has always used: developing relationships with businesses for mutual success and surrounding himself with a team of people who believe in a common goal. Murray is also well-versed in HIPAA compliance issues and healthcare-related businesses.