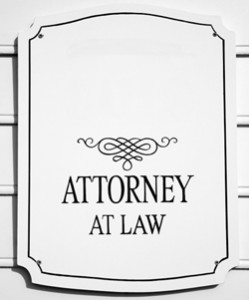 As of last month, law firms in Arizona have the option to name themselves a trade name rather than being required to use the attorney’s surname, with the limitation that the trade name must be truthful and accurate and not be misleading, such as implying an affiliation with a government office. This brings Arizona in conformity with a majority of the other states nationwide on this ethics rule change.

“It’s easier to be descriptive and accurate with a [trade] name,” observes Billie Tarascio, who opened a law firm in Oregon seven years ago as “Modern Law” — expressive of her business model that replaces retainers with a pay-as-you-go structure and provides services to people who choose to represent themselves — but had to use “Tarascio Law Group” for the Phoenix office she opened three years ago. Marketing her second office was challenging, she says, “because I couldn’t use the name, website or logo that I had already established.”

Lee Fraley, a partner in the Phoenix office of regional law firm Snell & Wilmer, expects the new legislation to impact smaller, less-established firms, which can use a trade name to gain some competitive advantage by creating a unique identity in the marketplace, and boutique firms such as products liability defense firms, for which the name of a person doesn’t associate the firm with anything in particular. The Arizona Bar Association’s membership includes 295 one- or two-member firms and 7,725 sole proprietorships.

A strategy law firms big and small have been using in Arizona is promoting their tag line or Web domain name to help communicate their identity. But an important benefit to the use of trade names, Tarascio points out, is developing good-will value to the firm’s name that will make it an asset for selling the business. The limitation of the old rule was the name could not be used for the firm if that attorney was no longer part of it (the only exception was for “continued succession” — new partners continuing the firm’s practice even after the named attorney was deceased). However, says Fraley, “When we acquire smaller firms, we just merge them into Snell & Wilmer because our brand is already known.”