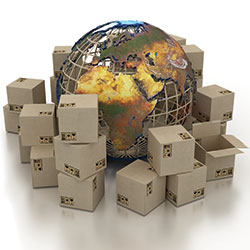 Small and medium-sized companies (SMEs) engaged in international markets are twice as likely to be successful as those operating only domestically, according to a recently completed study by IHS that was commissioned by DHL Express. IHS studied SMEs in the blocks of countries referred to as G7 (United States, United Kingdom, France, Germany, Italy, Canada and Japan) and BRICM (Brazil, Russia, India, China and Mexico) and found that 26 percent of companies trading internationally significantly outperformed their market, in contrast to 13 percent of those operating only in their home market.

IHS’s analysis of the relative strengths of G7 and BRICM business landscapes shows that SMEs in the U.S. benefit from a relatively efficient business environment, where labor productivity, for example, is higher than the G7 average. They also prosper from higher levels of R&D and innovation than the G7 average.

Overall, most of the better-performing SMEs identified in the study employ more than 50 people, underscoring the importance of resource in overcoming barriers to international growth. However, the research also revealed that SMEs founded in the last five years were more likely to have international business operations than older SMEs despite having had less time to grow their businesses.

The primary stumbling blocks identified are an information gap on international trade, establishing contacts with foreign partners and an overseas customer base, and high customs duties. Key benefits of this international approach cited by SMEs are access to new markets as well as to know-how and technology, and diversification of their products or services, and the majority of SMEs who had out-performed their markets over the past three years indicated that they also plan to increase the percentage of exports in their turnover over the next three years despite the uncertain economic environment.