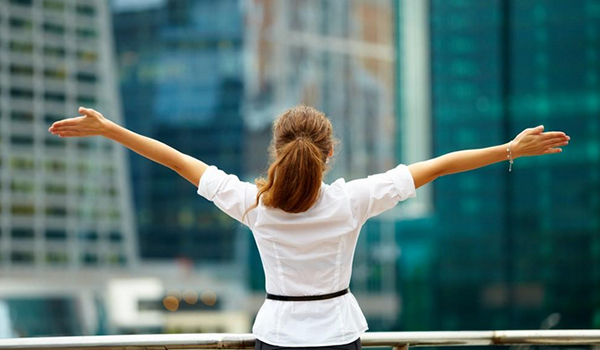 I know a woman founder who is leading a building renovation project. In one of our recent conversations, she told me that contractors and fellow business owners often ask her if they can speak with the owner of her company. When she explains that she’s both the brains and the brawn behind the operation, most respond with wide eyes and apologetically spout that they didn’t picture someone like her would be running the show.

As a small-business owner and executive director of strategic initiatives in Arizona State University’s Office of Entrepreneurship and Innovation, I work with women entrepreneurs of all ages and backgrounds. Many of them — myself included — have had an experience similar to the one I described above.

I find that, consciously and unconsciously, men and women send messages that women are great as supporters, not so much as entrepreneurs, business owners and leaders.

Research supports this anecdotal evidence. Women own only a third of all U.S. businesses even though they form half of the country’s workforce. More than 95 percent of venture capitalists are men, who more often than not invest in male-founded startups. A 2014 study showed that investors prefer pitches delivered by male entrepreneurs over those delivered by female entrepreneurs, even when the content of the pitches is identical.

As an institution that is home to 83,000 students — of which roughly half are women — ASU is committed to addressing the gap: How do we engage more women in entrepreneurship and accelerate their success?

As an example of our commitment, this past year, we designed and launched the ASU SparXX Initiative, which is supported by NAWBO and other public and private partners. Among other offerings, the initiative includes:

In addition to being a tribute to ASU’s Sparky, the name SparXX is also a tribute to the XX chromosome and captures the sentiment of our initiative. We seek to spark women’s entrepreneurial passions and accelerate their success as business owners.

Our efforts are just one in the greater campaign to move PhXX Forward. Together, let’s put Phoenix on the map for women entrepreneurs. Reflect on your own experiences as an entrepreneur and help us design more opportunities for the women around you. Join us as we empower, mentor and invest in women entrepreneurs.