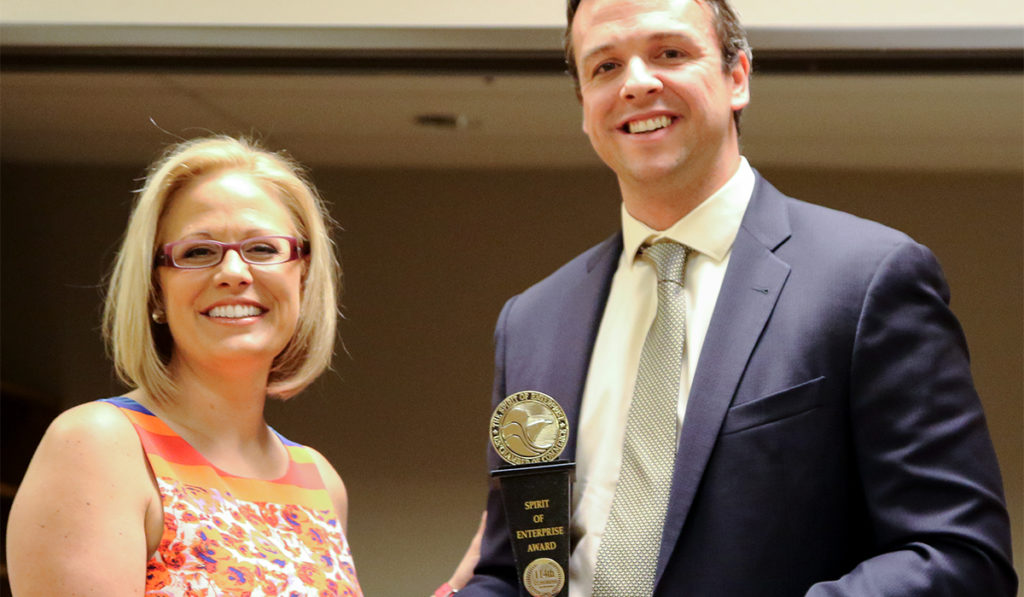 “We are honored to be represented by a member of Congress who places a priority to continue positive economic growth and limited economic regulation,” said Tempe Chamber of Commerce President and CEO Anne Gill. “Congresswoman Sinema knows Tempe businesses and we are proud of her efforts to represent them in Congress.”

The U.S. Chamber’s prestigious Spirit of Enterprise Award is given annually to members of Congress based on their votes on critical business legislation as outlined in the Chamber’s annual scorecard, How They Voted. Members who supported the Chamber’s position on at least 70 percent of those votes qualify to receive the award.

“Businesses of all shapes and sizes need sound, commonsense policy in place in order to get off the ground, grow, and succeed,” said Thomas J. Donohue, president and CEO of the U.S. Chamber of Commerce. “The Spirit of Enterprise Award recognizes those members of Congress who have done what’s right for our friends, family and neighbors running businesses across the country. We applaud these legislators for their commitment to free enterprise and economic growth.”

Representative Sinema joins U.S. Sen. John McCain and six other representatives from Arizona who are awarded this year’s Sprit of Enterprise Award. This is the fourth time the congresswoman has received the distinction during her tenure in Congress.