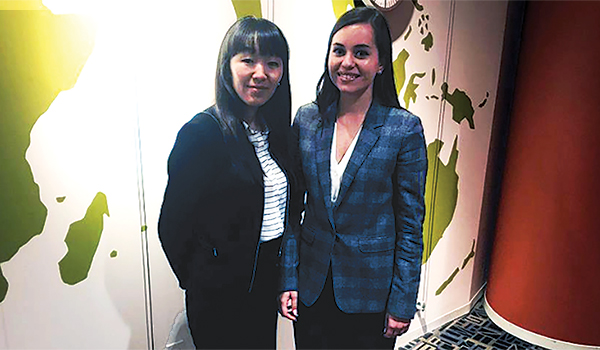 The success of any international company depends on how well its message is communicated across borders and languages to its employees, partners, clients and customers. High-quality translations are, therefore, of paramount importance. This article makes an attempt at defining high-quality translations and provides recommendations for clients of translation service companies to make sure that their communications in a foreign language are effective by utilizing certain methods and tools before, after and during the translation project.

Below is my summation of five levels of equivalence between original and translated texts as proposed by Pr. Komissarov in his book from 1973, A word on translation.

At the first level, we achieve equivalence only in relation to the purpose of the communication by translating the idea behind the words. Everything we say has a purpose. We use words to describe something, state facts, establish contact, express emotions, prompt an action or a reaction from the recipient, etc. Sometimes, we can translate a sentence word for word, and on this level it will be equivalent to the original. However, it may not achieve the purpose of the communication, or may even seem meaningless to the recipient. English phrases like “Perhaps there is simply some bad chemistry between them” or “She had her nose in the air” are nonsensical in many languages when translated literally. In such cases, the translator needs to translate the idea behind the message to achieve the equivalence.

At the second level, we achieve equivalence both in relation to the purpose of the communication and the extra-linguistic context or situation. Any text contains information about something related to some real or imaginary context. However, this context is often very complex and is usually related to the culture and experiences of the people involved in the communication. The same situation can be described in many different ways, and sometimes people of one culture have a preferred way of describing a particular situation. For example, “We locked the door to keep thieves out” would sound absurd translated word for word into Russian, as in Russian one says, “We locked the door as not to let thieves in.” Or, instead of saying “Wet paint,” Russians say, “Be careful! It’s painted.” Every language also has its realia, or words and expressions so culture-specific that they can require an explanation to provide the context necessary for achieving the purpose of the communication.

At the third level, equivalence is achieved in the method used to describe the situation in addition to the purpose of the communication and extra-linguistic context. In this case, the situation is described using the same attributes and concepts. At this level, however, we still might not achieve the lexical (word-for-word) equivalence or the syntactical (grammatical) equivalence. For example, we can translate the sentence “Because of scrubbing the floors my mood worsens,” as “Scrubbing makes me cranky.” We change the grammatical structure, we change the word choice, but we leave the cause-and-effect relationship, and the concepts stay the same.

At the fourth level, along with the first three components of the content, we also achieve equivalence in the syntactical (grammatical) structure of the original text. The total number of sentences is the same. Correlated sentences are of the same type, have the same location in the text, and keep the same order of main and subordinate clauses. A simple example is “Apparently, he was very interested in math” translated as “Seemingly, he was very interested in math.” The sentence structure is the same; the words are slightly different.

The fifth level of equivalence is characterized by the maximal degree of proximity between original and translation. Finally, added to all of the above, is the greatest possible achieved equivalence at the lexical (word) level. Individual words, as the main units of language, contain much information, and sometimes it’s not possible to relay all this information with the nearest “equivalent” word of a foreign language. For example, there is only one word in Russian that serves as a translation for both butter and oil, so unless we specify we may lose or add meaning and lessen equivalence.

Communication is only effective when the recipient gets the same message the speaker intended to send. Any message is comprised of words having certain cultural meanings, organized in a definite way, describing an established context, and having a precise purpose for communicating it.

As with any project, we define the results we want to achieve before beginning. Thus, any translation starts with analyzing the source text. It’s necessary to stress that, if the source text is ineffective, translation will not improve it, and the target text will be equivalently ineffective.

In addition to determining the target audience of the text (age, professional background, etc.), it is important to understand the type of text it is, e.g., is it a technical document or an advertising campaign? Different types of texts and their target audience will also, to a certain extent, predetermine which level(s) of equivalence might be employed. In certain cases, it is better to strive for the maximal degree of proximity on all levels of the text (legal and technical documents). In others, it is better to start with the purpose of the communication and try to achieve the highest equivalence at this level (advertising materials).

Only a professional translator can recognize all of these challenges and embrace them, ably serving as the link between different languages, cultures, people and minds.

How a Client Can Ensure Equivalence

Pre-translation. For the business executive, choosing the proper translation company, and thereby positively affecting the degree of equivalency, can be difficult. Using Komissarov’s method outlined above, however, that executive may begin a dialogue with a translation company representative on the subject of equivalency and how to achieve it, which should lead to consideration of the translation process and, in particular, the system of checks and balances employed.

Here, we are primarily speaking of the quantity of translators, linguists and others checking and rechecking the text, and then the quality of these same people. If asked, a translation company should be able to provide some information regarding its people’s educational background, experience in translation, command of languages, experience living in the countries whose languages they translate both into and from, specialized knowledge of different industries, and whether they are members of any professional associations.

For most businesspeople, this type of common sense approach in choosing a company before the work begins represents the bulk of what must be done to attain high enough equivalency. Talk to as many companies as possible, ask even a few good questions and, based on the answers, decide who seems competent and trustworthy.

Translation. Once a contract has been signed and the work has begun, in the “during” stage of a project, most executives will want to trust their own decision and the company they chose. I’m reluctant to challenge the wisdom that one hires the best and then gives them room to work, especially under deadline.

If one does want, however, to be more involved in the process, begin by providing quality glossaries and your company’s previous translations, to assure consistency with your brand and message. Then, you may want to hire a third-party linguist to review the documents, or even employ two separate teams of translators and proofreaders and have their work compared and reconciled by a third team. No two translations are the same, and their differences do not necessarily equate to mistakes. Another tool available to you to ensure equivalency is back translation, when the translated text is translated back into the source language and again evaluated for discrepancies.

Post-translation. When clarity and equivalence are of utmost importance, companies perform cognitive debriefing analysis of the final version of the translated text, during which five or more representatives from the foreign target audience are interviewed, to determine whether the intended effect was achieved. In the case of ambiguities, the text with comments from the respondents is sent back to the linguist for revision. Ideally, this is the best way to assess equivalency and equivalent impact. Of course, this analysis requires additional time and resources.

If you ever feel like your message isn’t getting through, reach out and talk to a professional, who can look at your various materials and offer an analysis. Don’t let misunderstandings between languages and cultures be the cause of suboptimal business performance.