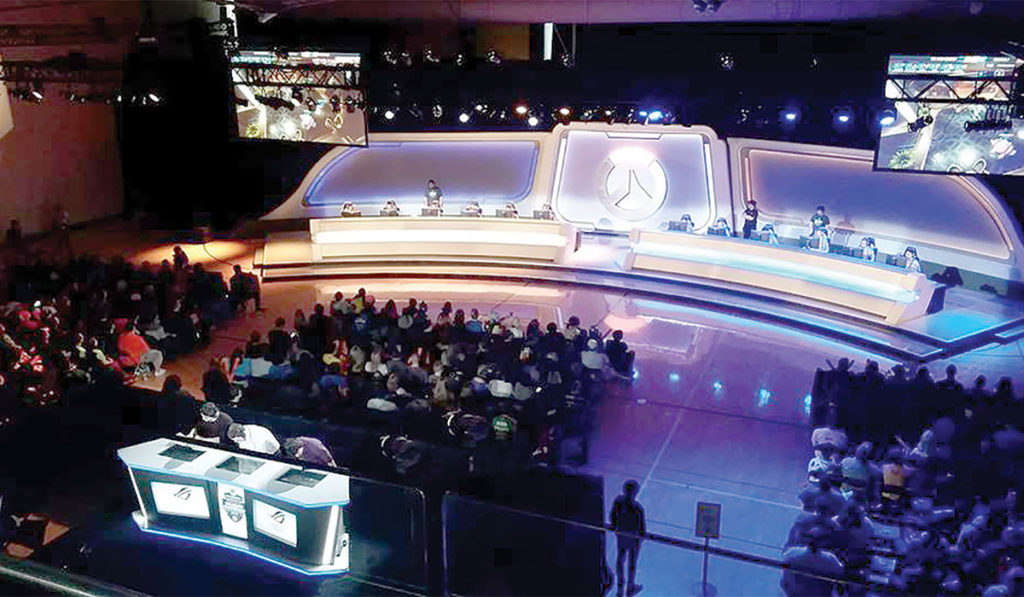 Say “Fiesta Bowl” and college football comes to mind. But when the organization that even has staged national championships wanted to enter the arena of competitive video games, its leaders sought help from a new part of the Arizona Technology Council: the eSports Subcommittee of the Game Industry Committee.

Fiesta Bowl organizers were looking for help drawing awareness to its new Overwatch Collegiate National Championship — the first partnership between a college football bowl organization and a game publisher, says Executive Director Mike Nealy. The top four North America college teams for Overwatch — a team-based, online video game — competed Feb. 17 at Arizona State University. “The Council helped promote our event to its members and tangential audiences, which led to a packed house and a passionate group of cosplayers (who dressed as their favorite game characters) at the event,” he says. “The Council is a valuable resource when entering this arena.”

Not a bad endorsement considering the eSports Subcommittee had just launched in October, only nine months after the Game Industry Committee came into being. “Our proactive approach identified eSports as a hot industry that is here to stay,” says Brian Krupski, the Council’s director of membership services who also serves as staff liaison to the committee.

The Committee was created to serve as a platform for software developers, game designers, technology decision makers, educators and game enthusiasts to learn about the trends and advances in the industry, and to collaborate, partner and share information with the Arizona technology industry. Companies such as Waden Kane Game Studios, Rare Labs and Microsoft were among the companies that readily became involved. Leading the committee as co-chairmen are Ben Reichert, founder of Game CoLab, and Alan Gershenfeld, president and co-founder of E-Line Media.

While the early focus was the game industry, Krupski says by fall eSports topics started to dominate many of the committee meetings. That led to changing the monthly meeting calendar to alternate between the game industry and eSports. In addition, he says, “We started elevating eSports to [outside agency] levels, having economic development folks involved in our group discussions to put it on their radars as a potential new economic sector in tech.”

Such an impact was evident with the Overwatch competition. “We’ve heard that our event was seen by others in college athletics as a huge moment in raising the profile of collegiate eSports,” Nealy says. “This partnership has expanded the Fiesta Bowl’s brand into new audiences to share our community impact and really to do what we do best: bring major events to the state of Arizona.”

Such results are not entirely surprising. “Leagues are being formed, rules are being structured, business models are being tested out,” Gershenfeld says of eSports. “It’s an incredible time for innovation.” For example, he says, a university like Arizona State University could have its business students studying new models for eSports while other departments could be looking at complex technology that not only goes into the games but ensuring the games work as a sport.

In conversations with eSports team owners at a conference recently, Gershenfeld says there was some conjecture of Phoenix becoming a destination for eSports athletes to do training on those occasions when they come together. “I think there’s an opportunity for what Phoenix and Florida did with spring training for baseball to do an analogy for eSports that’s unique to our city,” he says.

Can Gershenfeld see the committee playing a role? “Absolutely,” he says without hesitation. “It’s really just talking to the owners, talking to the players and seeing if there would be a demand for this — what type of infrastructure, what would make it really exciting, what would enable it to build into a movement.”