The Nonpartisanship of Nonprofits 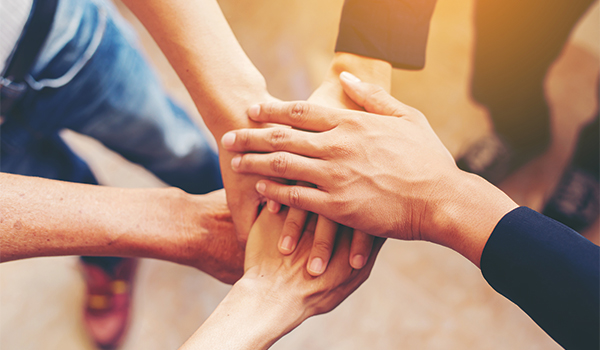 It has been 50 years since John van Hengel encountered a woman with her children in line at a soup kitchen in Phoenix. Heartbroken by the sight, he struck up a conversation with her and learned she had resorted to “dumpster-diving” behind grocery stores to put food on her table.

It was that conversation that spurred an idea, and St. Mary’s Food Bank and the concept of modern-day food banking was born in 1967. Grocery stores with edible but not salable food could deposit their excess, and those in need could withdraw it, just as we do money at a bank.

Food continues to unite us 50 years later, and Mr. van Hengel’s legacy to end hunger in Arizona, and indeed throughout the world, endures.

The “father of food banking” saw a need in the community, brought people together, and worked toward a common result.

Though with the initial support of St. Mary’s Basilica in downtown Phoenix, John maintained the Food Bank as nondenominational.

The same can be said politically with the common ground, no matter the politics, that we can and must end hunger.

Ending hunger is a nonpartisan issue. As Mark Friedman states, “These kinds of statements are not Republican versus Democrat. They represent a kind of common ground where people can come together and say, ‘Yes, those are the conditions we want here in our community, city, county, council, state or nation.’”

Nonpartisanship is a cornerstone principle that has strengthened the public’s trust of the charitable community.

Currently, proposals repealing and revising existing laws ensuring nonprofit nonpartisanship have been introduced in Congress and supported by government leaders. They would have the effect of politicizing and thereby erasing the public’s high trust in charities like St. Mary’s Food Bank. We do not want that to happen.

Organizations like St. Mary’s Food Bank and the thousands of other charitable organizations in Arizona are dedicated to the public good, and should remain above the political fray with tax-exempt status and the ability to receive tax-deductible contributions.

Charities and houses of worships throughout Arizona, and indeed the country, are held in high regard in communities, and are effective in their missions.

St. Mary’s Food Bank can stretch every single donated dollar into seven meals for clients; a pivotal use of resources when more than one in three children in Arizona will go to bed hungry tonight.

As we work to feed the line, and to feed it nutritiously, we also work with a parallel goal to shorten the line.

Ninety percent of Community Kitchen graduates enter the workforce, providing them and their families a second chance and a refocused path out of poverty.

This vital work is only possible if the 501(c)(3) community remains above partisan politics so we all can come together to identify and solve community problems.

David Martinez III is the Advocacy & Outreach Specialist for St. Mary’s Food Bank Alliance and also serves as the Policy Council Vice Chair for the Alliance of Arizona Nonprofits.