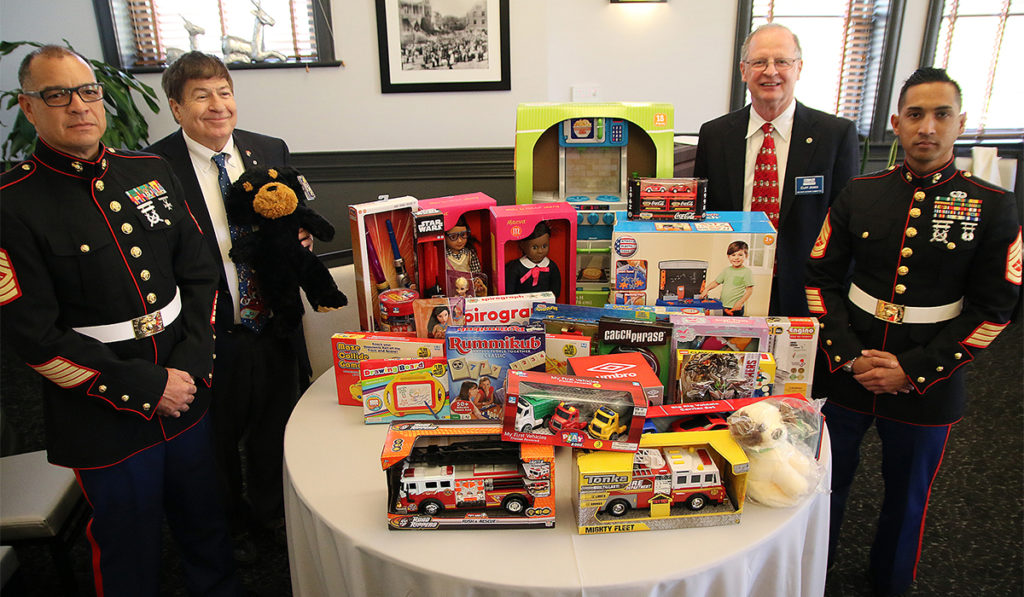 As part of their holiday luncheon, the Tempe Chamber of Commerce’s Military Affairs Committee gave a large donation of toys and cash to the U.S. Marine Corps Reserve’s Toys for Tots program.

The committee’s past president, Cliff Jones, is a retired Marine Corps member and is appreciative of the opportunity he has to work alongside current Marines.

“It’s a natural fit for the committee to support a charitable program with the Marines,” Jones said. “For me, it’s a miniature opportunity to support the Corps in their endeavors.”

Accepting the donations on behalf of the foundation were Master Sgt. Daniel Hernandez and Gunnery Sgt. Trung Tran. Master Sgt. Hernandez thanked the Military Affairs Committee and spoke about the growth of the Toys for Tots program.

“We love it,” Hernandez said. “We love to add to the amount that we already have. Every year, [Toys for Tots] continues to grow bigger and stronger and with more people getting involved with it. We have just about every Marine Corps Reserve Unit in the U.S. involved and a part of this program.”

The Toys for Tots program was founded in 1947 by Maj. Bill Hendricks, and collected more than $280 million in donations, according to the foundation’s 2016 annual report. Anyone is eligible to benefit from the program, not just Marine Corps families.