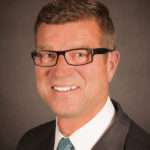 Steven G. Zylstra, president and CEO of the Arizona Technology Council, was named a 2018 Tech Champion by the Computing Technology Industry Association (CompTIA), the world’s leading technology association. Zylstra was recognized for his leadership in championing technology policy in Arizona and his commitment to the Council and its members, and his civic and community affairs.

“This is a tremendous honor for the Arizona Technology Council and myself,” says Zylstra. “The work that the Council does is critical to the continued growth of Arizona’s technology sector. I am very thankful for this recognition of our success, as well as the impact that CompTIA has on technology at the international, national and state levels.”

The Tech Champion awards recognize leaders and legislators who are outstanding advocates for the technology industry and have shown consistent support for this vital economic sector. The award was presented to Zylstra during an awards dinner at CompTIA’s annual DC Fly-In.

“Under Steve’s leadership, the Arizona Technology Council has made the Grand Canyon State a top destination in the country for technology companies and cutting-edge innovation,” says Elizabeth Hyman, executive vice president, public advocacy, CompTIA. “His work pushing for R&D tax credits, increased workforce training and substantive tax cuts are just a few of the reasons tech companies are flocking to Arizona. CompTIA has worked with Steve for nearly a decade, and we are honored to present him with the Tech Champion Award.”

In 2017, he was instrumental in getting lawmakers to pass pro-business and pro-growth legislative initiatives, including the extension and continued expansion of the R&D Tax Credit program until 2021 to give Arizona the top R&D tax credit in the entire nation. Zylstra also rallied the state’s technology community to lobby for the recapitalization of the Angel Investor Tax Credit, which resulted in $10 million being put back into the program with the goal of boosting state investments.

His award was presented by Skip Newberry, CEO of the Technology Association of Oregon and chairman of the Technology Councils of North America (TECNA). In addition, Sen. Cory Gardner, R-Colo., and Rep. Seth Moulton, D-Mass., were named 2018 Tech Champions to recognize their efforts in Congress.