Meet 3 newest members of Council’s board

Three executives from technology and securities firms recently were named to the Arizona Technology Council’s Board of Directors for three-year terms ending October 31, 2018. 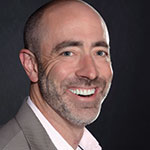 Mike Chadwick is managing director at CKS Securities — a division of Scottsdale-based CKS Advisors, a full-service capital and growth advisory services provider that supports businesses throughout their entire lifecycle. Previously, he was senior managing director of YAM Capital, the private equity arm of GoDaddy founder Bob Parsons. He also had been co-founder of CopiaMobile (now nGage Labs), where he was COO for three years. Earlier, Chadwick was vice president of technology at GoDaddy and CTO of its technology business unit. He was charged with developing the company’s core Internet presence products and its worldwide IT operations. Chadwick holds a B.S. in computer science from The University of Arizona. 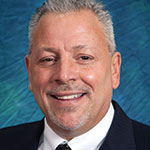 Alex J. Iuorio is senior vice president, supplier marketing and business development at Phoenix-based Avnet, one of the largest global distributors of electronic components, computer and IT solutions, embedded technology and services. In his role, he leads the supplier teams along with the business development organization within Avnet Electronics Marketing Americas, where he coordinates its domestic and global initiatives. Previously, he worked at Hall-Mark Electronics, which was acquired by Avnet. Iuorio holds a B.A. from the University of Illinois, with fields of concentration in mathematics, economics and political science. 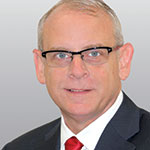 Bill Ponseti is president and CEO of InEight of Scottsdale, which provides technology solutions that connect owners, operators and contractors to people, information and projects. He is working to deliver on this vision for engineering, construction and operations (EC&O); oil & gas; mining; utilities; and other project-driven companies by creating comprehensive software solutions that support capital and maintenance projects. During his term, InEight has acquired Hard Dollar Corp., Aeka Consulting, et alia. Previously, he was global vice president and head of the EC&O industry business unit at SAP. He holds an M.S. in quantum physics and a B.S. in theoretical physics, and also was awarded a Ph.D. in quantum mechanics.