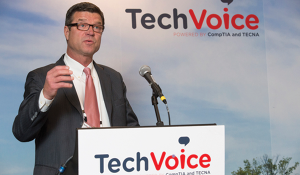 This question has been on my mind lately. We now live in a world where we hear from our president not in stately messages delivered from the Oval Office but in middle-of-the-night rants on Twitter. And they usually are filled with vitriol aimed at the lawmakers on Capitol Hill — on both sides of the aisle.

And Congress is not much better. Instead of representing the will of the people, they are going down swinging to defend their respective parties. While many Americans await a remedy for “Obamacare” that is said to be broken, senators and representatives spend more time doing … I don’t know. You tell me.

Collectively, a pretty questionable bunch. This begs the question: Is leadership as bad as we think it is?

If you think this is a recent phenomenon, think back. The seeds were planted some time ago.

Who can forget Anthony Weiner, the former Democratic congressman whose political career came to a grinding halt in sexting scandals that ended up being part of the FBI investigation of Hillary Clinton before the November election. He is to be sentenced in September following a plea agreement for a term in the range of 21 to 27 months.

He’ll just miss spending time in the Big House with former House Speaker Dennis Hastert, who about the same time should be wrapping up a 15-month sentence in a hush money case stemming from allegations that he sexually abused young boys in the 1960s and 1970s. Although he never faced sexual abuse charges because statutes of limitation had expired, he did plead guilty to hiding money transactions, admitting that he paid $3.5 million to keep one victim quiet.

Just in Washington? Look toward New Jersey and you might see Gov. Chris Christie catching some rays at the beach. While state government recently shut down in a budget stalemate, the governor and his clan had a grand time at a state-owned mansion — use of it is part of his compensation — on a beach closed to the general public due to the same budget crisis.

Just in politics? Unfortunately, not. It’s no longer a free ride for Travis Kalanick, who abruptly resigned as Uber’s CEO due to investor pressure. His departure followed the firing of more than 20 employees after an investigation of the company’s culture. That probe began after a former Uber engineer detailed what she claimed was sexual harassment at the company.

We can do better when it comes to leadership. I’ve seen it happen at the local level from Gov. Doug Ducey to the startups that are springing up around the state. And even the best leaders at times need repositioning of their compasses. To help, the Arizona Technology Council started the Transformational Leadership Program. You can find out more about it inside this section.

Join me in identifying and supporting the leaders in our midst who make us all proud to be Arizonans. If our leadership is stumbling at the national level, we can set the pace for the rest of the nation.