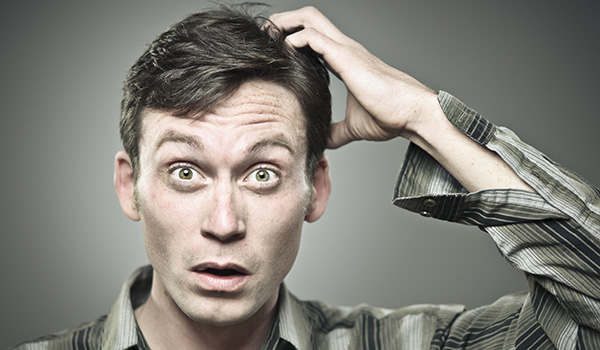 Yes, I’m talking to you!

I’m talking to the person who walks around the networking event asking everyone their name what they do for a living.

The answer to both of those questions is: “Who cares?”

When you ask me those questions, it’s really just a generically boring ice-breaker — all you’re trying to do is get a conversation going so that you can tell me what you do for a living and hope I’ll buy from you. As soon as I’ve told you my name, you’ve already forgotten it, and when I tell you what I do for a living, you’re just sizing up my answer to see if I would be a good fit for whatever you’re peddling. Sound familiar? I thought so.

And that, my friends, is why networking gets a bad rap.

In the scenario I described above, there is not much room for a true connection point. It doesn’t mean it won’t happen, but you’re limiting the opportunity from the get-go.

True networking happens when you’re able to establish a personal connection with a complete stranger.

I know — it’s much easier said than done. But there is a bit of a formula to it.

First and foremost, stop being boring. Stop asking what people do for a living and focus on what really matters:

Who is this stranger standing in front of you? How did he or she end up in the same room at the same time as you? What are this person’s interests, passions and hobbies and what is his or her “why?”

These are the things that truly matter.

So the question I would encourage you to lead with is, “What’s your story?”

Most of the time, people will look at you with a bit of a confusion and proceed to tell you what they do. After all, they have been trained to only talk shop at a networking event.

Help them get out of that boring box!

After listening to what they do, politely say, “That’s great … but I asked what your story is. Where are you from? How did you end up at this event? What are you interested in?”

This interaction right here is what true networking is about. You’re making friends. You’re getting to know strangers on a personal level. You’re actually making a connection that can turn into a mutually beneficial relationship.

People love talking about themselves, and this is a great ice-breaker to let them do just that.

You become more interesting to people when you seem interested in them. Show that you are genuinely interested in who they are as a person as opposed to just what they do for a living. That conversation will happen naturally after the initial connection, so there is no reason to lead with it.

I’ll leave you with this famous quote that I’m sure you’ve heard, but can always hear again as a refresher: