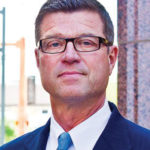 It’s not often that you get a front row seat to history. Make that the driver’s seat.

That’s what has been happening in Arizona, which has turned into a high-profile technology proving ground for autonomous, or “self-driving,” vehicles. Consider some of the companies that have turned our roads into their labs — Google, Ford, General Motors, Intel and Uber — and you can understand why everyone up to Gov. Doug Ducey is excited about the role our state is playing in a frontier far different from our Wild West heritage.

All of this activity offers economic activity that benefits all of Arizona, whether you are directly involved in the research, part of the new vehicle supply chain developing or a citizen who benefits from the added tax revenue generated.

Recent proof that this is serious business with big dollars at stake was the announcement by Google spinoff Waymo that it will launch an autonomous taxi service in Phoenix later this year before expanding into other U.S. markets. The company has ordered up to 62,000 specially modified Chrysler Pacifica Hybrid minivans for this nationwide initiative, joining the 600 other Pacifica Hybrids already in its fleet.

When you think about it, it wasn’t that long ago when Arizonans even heard of Waymo. The company began its testing here in 2016 then removed drivers from behind the wheel in 2017.

There have been so many other landmarks along the way. Uber was another pioneer as its fleet of vehicles logged countless miles on Phoenix area streets during testing. While the fatal accident involving a bicyclist in Tempe suspended the company’s testing here, Uber is committed to resuming testing in the United States.

Traditional automakers are even claiming a part of the action here. GM operates an IT Innovation Center in Chandler. Ford is checking its own vehicles at its test track near Wittmann.

To help gain additional traction, partnerships have been formed. Even before Waymo began its tests, Uber and The University of Arizona began working to support research and development of state-of-the-art lenses and sensors, which help autonomous vehicles navigate. Waymo partnered with Intel’s Center of Excellence in Autonomous Vehicles to design, build, and test its vehicles.

Others are making progress on a more intimate scale. Arizona-based Local Motors has been working on Olli, even tapping into IBM Watson to make the shuttle “friendlier” to meet the needs of a variety of passengers. From its offices in Tucson and China, TuSimple is working on perfecting autonomous big tractor trailers.

When you consider more than 5,000 students graduate annually from Arizona State University with an engineering degree and 76 million autonomous vehicles are forecast to be sold by 2035, according to Greater Phoenix Economic Council, it appears the Phoenix area and rest of the state are driven to share this new success since we can supply the talent to fuel this promising industry.