Stay Up to Date on Trade 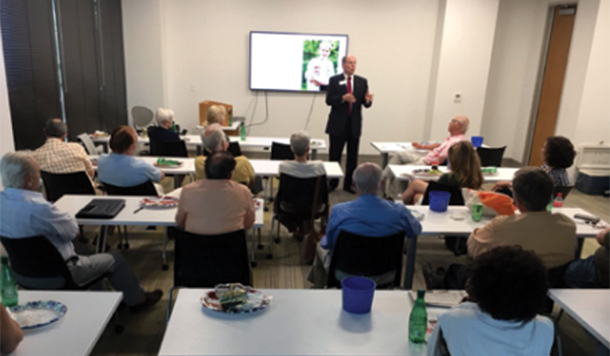 The United States announced this summer that the U.S. Trade Representative has been asked to “identify US$200 billion-worth of Chinese goods for additional tariffs at a rate of 10 percent.” This is a new tariff initiative following recently announced tariffs of 25 percent on US$50 billion of electronics and other imports. This new round of tariffs is directly related to China’s retaliation on the first tariff announcement.

At the core of the current tariff dispute is China’s theft of intellectual property. American companies that want to do business in China are typically forced into joint ventures with Chinese state-owned companies. In building up their business, Chinese partners are given access to proprietary information and data. They then use that data for their own benefit, often in other state-run businesses with similar products. This is a significant and complex problem: It is widely acknowledged that tariffs are not the solution and will cause immediate harm to U.S. businesses, especially agriculture.

China is America’s second-largest agricultural export market and American producers rely heavily on exports to China to sustain their operations. The targets of China’s tariffs also extend to key U.S. manufacturing sectors, including cars, light trucks and light aircraft, and so directly affect large producers such as the Big 3 car manufacturers and Boeing. U.S. Treasury Secretary Mnuchin has stated there is a possibility that the U.S. might return to negotiations with China by means of a bilateral investment treaty (BIT).

The U.S. has BITs with 42 other countries, and negotiations with China had started with the Obama administration. Resuming BIT negotiations is an effective, but longer-term, solution. The U.S. could, among other things, demand requirements that China abide by the WTO’s Trade-Related Aspects of Intellectual Property Rights Agreement within a BIT, in lieu of recently discussed considerations to re-enter the Trans Pacific Partnership.

Stay tuned to Global Chamber®; the back and forth has only just begun. This is a long-term process that, if you’re involved with international business, requires you to stay up to date.