Ready for Their Close-up 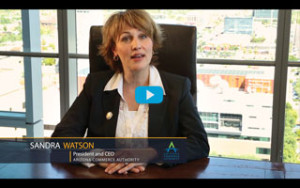 When producers of a new series of videos set out to capture the essence of Arizona’s technology community, they made a discovery: energy. But this shouldn’t be confused with the tech sector of the same name. Instead, it’s the common motivator they witnessed among every company featured in the videos.

A team from MediaTHP, a Scottsdale-based media/film production company, traveled throughout the state to capture a cross-section of players that represent the tech scene. The common thread they found was all were hopeful for Arizona’s technology future, says multimedia producer Remi Vaughn. “Everybody wants to contribute,” she says. “I had no idea.”

When Vaughn initially asked those inside and outside her network whether there was any person or group interested in her original idea to promote Arizona technology through film, she was connected with the Arizona Technology Council and its president and CEO, Steven G. Zylstra. The result is a richly produced collection of interviews and behind-the-scenes views of an array of companies in the state, with Zylstra in a featured role to provide a narrative that ties it all together.

The project includes these segments:

The segments will be rolled out in e-mails to Council members and others on its distribution list. Also included will be related blogs that can be accessed on the Council’s home page, www.aztechcouncil.org. In addition, MediaTHP plans to synthesize the six segments into a 5-minute video that can be used by state agencies and the universities as needed.

For Vaughn, focusing on technology as a topic was no shot in the dark; it was a chance to bring together two worlds in which she has been a part. While she has had the production company for some time, she had spent more attention on her career in cybersecurity. Reaching her pinnacle as a chief information security officer, she has worked for companies such as American Express, Caesars Entertainment, NBC Universal and Warner Bros. Last fall she decided “it was the right time for me to stop.”

She is far from starting from scratch, however, in the creative field. She is a graduate of the National French School of Cinematography in Paris and has a B.A. in mass media and film. That’s in addition to a B.A. in Anglo-Saxon literature and an MSBA in financial management and information technology.