Progress and Update on NAFTA: USMCA Is Born 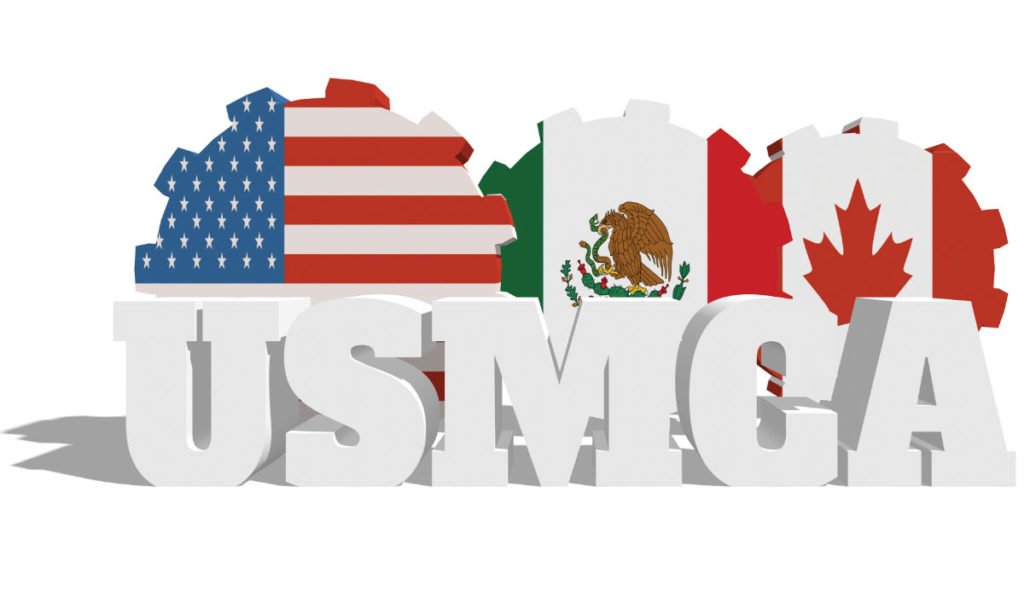 Global Chamber® keeps the global community updated on trade developments. The United States, Canada and Mexico signed a trilateral agreement as part of the renovation of the North American Free Trade Agreement on November 30, 2018.

The negotiators from all three countries deserve high praise for their efforts to conclude the deal at a rapid timing and tempo. It is important for all companies to review the text to determine the potential impacts on their operations. While many of the NAFTA’s provisions are left intact, there will be changes for all companies. The time is now to begin these preparations.

As a starting point, the published U.S.-Mexico-Canada Agreement (known as the “USMCA” in the U.S.) text is consistent with our presentations made during webinars at Global Chamber and our own firm. We are committed to staying on every change that could impact your business.

1. Structure — Contrary to the narrative that the U.S. Trade Representative was “red in tooth and claw” and tearing up existing North American supply and value chains, the USMCA text preserves significant components of the existing NAFTA, and many “modernized” chapters can be traced to the Comprehensive and Progressive Trans-Pacific Partnership (CPTPP). In many chapters, the text eschews the original organization of the NAFTA and mirrors the CPTPP. All companies will need to review and edit documents and certificates to account for this reorganization.

2. Rules of Origin — The USMCA text preserves most of the original NAFTA’s rules of origin (ROO) methodologies but incorporates CPTPP principles. While these hybrid “in the weeds” changes will not grab headlines, all companies will need to review these changes to ensure existing and planned operations comply with the likely ROO. Autos, textiles, agriculture, polymers and chemicals all have heavily-revised ROO, warranting close inspection.

3. U.S. Policy Objectives — From the Preamble forward, the U.S. advances its policy objectives of moving production back to North America and allowing trade enforcement. There is an interesting definitional change to “customs duty” that is not found in the original NAFTA nor CPTPP that potentially will provide the U.S. with greater flexibility to impose import restrictions (e.g., tariffs). It is not an overstatement to advise that the U.S. has made progress on virtually all its July 2017 NAFTA objectives. In the limited areas where the U.S. has made concessions — such as seasonality provisions with Mexico and government procurement — there are now U.S. domestic actions (e.g., Buy American, Hire American) or legislation pending that will seek to achieve U.S. goals. The dispute resolution system formerly known as Chapter 19 appears to be the only area where the U.S. actually conceded without any fallback position. The U.S. also included strict rules regarding trade negotiations with non-market economies (e.g., China), state-owned enterprises and currency manipulation.

6. Auto Rules of Origin — a key negotiating objective of the U.S. was to rebalance the North American automotive sector to provide rules more favorable to high-wage jurisdictions and to make it more difficult for non-originating (e.g., China-sourced) goods to enter the auto supply chain “through the back door”. The new auto rules require at least 75 percent of the automobile to derive from North American components (up from 62.5 percent in NAFTA), place higher origin thresholds on various tiers of auto parts, require that 70 percent of all steel and aluminum originate in North America, and establish a labor value content (LVC) that incentives sourcing of auto suppliers at plants paying at least $16 per hour.

7. Supply Management/Dairy — Canada’s supply management/dairy concessions go beyond CPTPP and equate to a market access concession of 3.58 percent to 3.75 percent (CPTPP was 3.25 percent), as well as the elimination of Class 6 & 7 dairy pricing schemes that were an alleged source of injury to U.S. dairy farmers in Wisconsin, New York State and Vermont. Additionally, there are restrictions on the amount of dairy powders that Canada can export into the global market and greater transparency/consultations required before Canada can make any further changes to supply management. Moreover, there appears to be greater access provided to the U.S. on poultry (turkey) and eggs.

8. Intellectual Property — Canada and Mexico made concessions on data protection for biologics/pharmaceuticals(10 years) and copyrights (75 years) that went beyond any CPTPP proposals. Additionally, Canada and Mexico agreed to stop in-transit IPR violations, a key U.S. request over the past several years.

9. Modernization — Companies operating in the three countries will benefit from innovative customs and trade facilitation (e.g., borders), digital, and a series of red-tape-cutting measures throughout the agreement. The agreement also includes, for the first time in a U.S. trade deal, currency manipulation and state-owned enterprises chapters.

11. Section 232s — The steel and aluminum tariffs imposed by the U.S. on Canada and Mexico, and the resulting retaliation, will continue with an agreement between the parties to resolve the issues. With regard to autos tariffs, the U.S.-Canada side letter largely mirrors the U.S.-Mexico letter, with caps at $2.6 million in vehicles and $180 billion in auto parts. It is important that this side letter only comes into play for nonconforming autos and the imposition of tariffs. The parties also agree to consult for 60 days before imposing any new tariffs of this kind. The parties signed the agreement, and now the process continues.