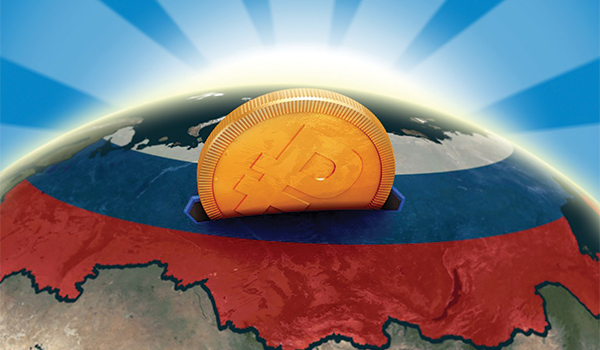 The history of economic relations between the U.S. and Russia has been marked by rivalry, boycotts and trade sanctions brought by political instability. Over the last century, the U.S. applied economic sanctions to what was then the USSR as a mechanism to put limits for a possible war. Currently, sanctions are in place on the energy sector. These actions and sanctions restrict U.S. companies from expanding their business in Russia.

Despite this unstable relationship, the Russian market remains attractive for U.S. companies. In fact, there are U.S.-based companies who have achieved success in Russia and are doing well. One example is Coca-Cola.

In 2015, Coca-Cola celebrated the 35th anniversary of its presence in Russia. The story of Coca-Cola’s presence and growth in this country is so incredible that sooner or later it is destined to become a marketable story for this mega brand — if it hasn’t already.

In the 1980s, Coca-Cola refused to entirely boycott the ’80 Olympic Games hosted in Moscow by bringing their brand “Fanta” in as a sponsor. In the 1990s, the company established Russia’s first outdoor advertising, and just one year after the construction of the first Russian factory, Coca-Cola became the official supplier of the Kremlin.

Now, the Coca-Cola empire in Russia has a significant presence and is a sizable taxpayer, contributing to the regional and federal budgets. Coca-Cola has more than 11,000 employees all over Russia, supporting thousands of families in the country. The company supports a large number of projects that are important for the development of Russia, including the 1980 Olympic Games, the 2014 Paralympics in Sochi and the longest World Olympic Torch Relay.

Soon, with the support of Coca-Cola, Russia will host the 2018 World Cup. Coca-Cola also helps in the polar bears rescue programs and is involved in projects aimed at supporting the ecological balance in the Russian Arctic and the purity of the Lake Baikal.

In Russia, the Coca-Cola Hellenic (European anchor bottler) has 17 plants. The Coca-Cola HBC plant in the Rostov region is the largest of all the Coca-Cola system plants in Eastern Europe. Its production capacity is 450 million liters of beverages a year of their 66 different kinds of products.

The Russian domestic market is attractive for investment, and this is just one example demonstrating the fact that American companies doing business in Russia can be successful despite sanctions and instability.

To learn more, email us.