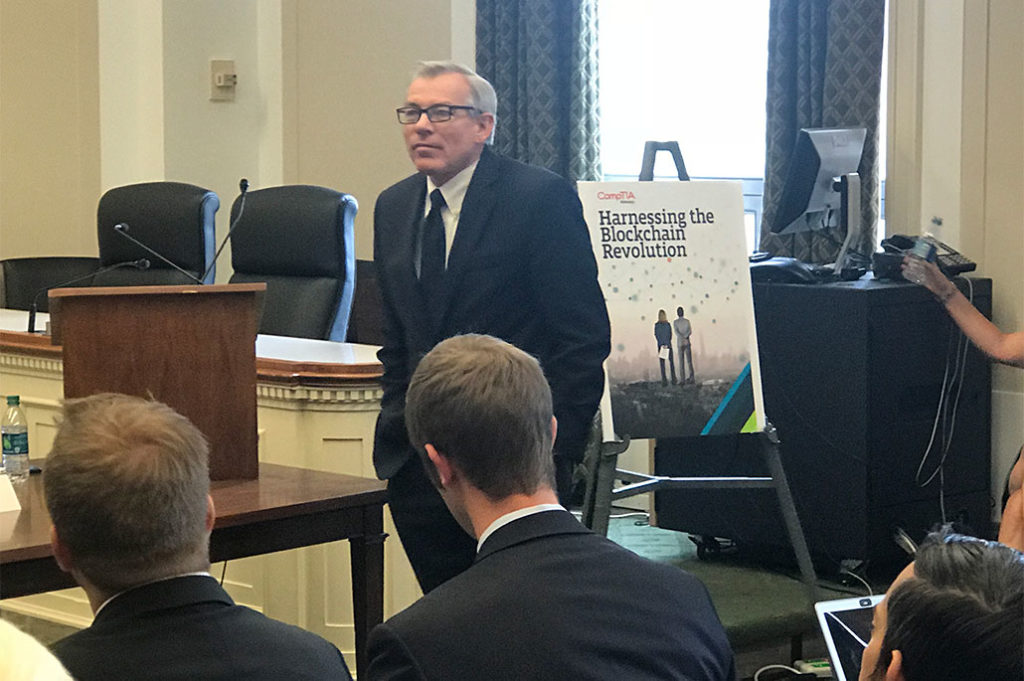 Rep. David Schweikert (R-AZ) is winner of a CompTIA Tech Champion Award given to leaders focused on driving innovation, job growth and advancements for the information technology industry.

The Tech Champion Awards are given annually to a member of the House of Representatives, as well as a member of the Senate and an industry executive who has exemplified leadership in the technology sector. Sen. Gary Peters (D-MI) and Stephen T. Cobb, technology thought leader and senior security researcher at ESET, were this year’s other winners named at a dinner held Feb. 5 as part of the 2019 CompTIA DC Fly-In.

Schweikert co-chairs the Congressional Blockchain Caucus, leading efforts to educate lawmakers on how blockchain can be implemented. He also has introduced bipartisan legislation to modernize tax laws for cryptocurrencies and to establish a 10-year plan that can accelerate the development of quantum information science and technology applications.

The Arizona congressman also has supported legislation promoting research for science, technology, engineering and math programs, and streamlining federal investments at the National Science Foundation and the National Institute of Standards and Technology. He also participates in the annual Congressional App Challenge that encourages students across the nation to create their own apps and pursue careers in technology.

CompTIA, or the Computing Technology Industry Association, is the leading voice and advocate for the $1.5 trillion U.S. information technology ecosystem, and the more than 35 million industry and tech professionals who design, implement, manage and safeguard the technology that powers the world’s economy.

CompTIA’s Public Sector and Advocacy arm champions industry innovation, a skilled workforce and solutions that drive business. It advocates on behalf of a diverse technology sector through public affairs efforts at the federal, state, local and international levels and through exclusive public sector councils.