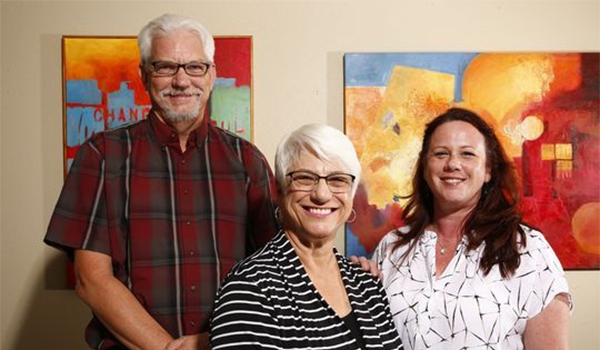 A brand-new organization known as WOWOB (Woman Owned, Woman Operated Business) got off to a rousing start last month with a spectacular launch party held at Splash Printing & Marketing in Scottsdale, which drew more than 125 guests.

The idea behind WOWOB is that woman-owned and -operated businesses tend to have deep-seated characteristics that set them apart. Research done by the Philanthropy Institute shows that women business owners tend to be much more socially conscious then their male counterparts. They tend to reinvest a much higher part of their earning in their families and communities, and they give more at every income level to philanthropic causes.

WOWOB aims to raise awareness about the value of woman-owned and -operated businesses, and to motivate Arizonans to consider this when making their service/product choices. In just three months since launching, WOWOB has attracted nearly 100 members.

Founders Jackie Wszalek, Wendy McClellan and myself, Mike Bull, are all business owners and are the driving force behind this unique idea. “It seems like we touched a nerve, and the community is responding in a big way,” says McClellan.

Although there’s not a formal certification process to join, Wszalek says,  “We ask women to self-certify that they own at least 50 percent of their business and are involved in the day-to-day operations of the business and have upper-level decision-making responsibilities.” Depending on the size, a business with one to five employees could join for roughly $45 a year.

A robust online directory helps consumers find local businesses that are female-owned. Even though we are more than just a directory, we want to help people find a restaurant, sport shop, T-shirt printer, or any other business that is owned by a woman. There is no cost to search the directory, and people are encouraged to do so. New business members are being added daily, so there is always something new to find.

WOWOB plans to take its message to not just women but men as well. Since launching just last month, WOWOB has been reported in the Arizona Republic, and the Scottsdale Airpark News.