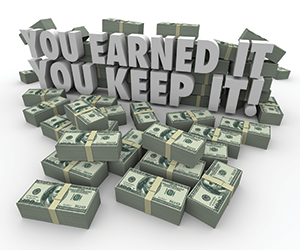 If you start an offshore entity in a low-tax country, can you bring down your tax? The answer to this question is not easy. Generally U.S. tax code does not tax foreign business profits earned through a foreign subsidiary until the subsidiary repatriates the earnings by way of dividend. This deferral allows the U.S. companies to compete globally. However, this deferral also creates an opportunity for avoiding U.S. taxes on trading and other profits that can easily be shifted to a low-tax jurisdictions and tax-heaven countries. The modus operandi: U.S. entity sells to subsidiaries incorporated in such low- or zero-tax jurisdictions at an artificially low price. The subsidiary then sells at a higher price, retain the profit and pay no or low tax in such tax heavens.

Subpart F income provisions: When a U.S taxpayer owns at least 51 percent of ownership in a foreign corporation, it becomes a controlled foreign corporation (CFC). Subpart F requires every U.S. shareholder of CFC who owns stock in such corporation on the last day of CFC’s taxable year, to include in gross income a deemed dividend equal to the shareholder’s pro rata share of the CFC’s tainted earnings.

Subpart F income includes foreign base company sales income that includes any gross profit, commissions, fees, or other income derived from sales of personal property when:

CFC buys the goods from or sells them to a related person;

The property is manufactured, produced, grown or extracted outside the CFC’s country of incorporation;

The property is sold for use, consumption or disposition outside the CFC’s country of incorporation.

Therefore, if the inventory is neither manufactured nor sold for use in the CFC’s country of incorporation, then it is assumed that the CFC is not a bona fide foreign manufacturing or marketing subsidiary, but rather a base company organized to avoid tax.

PFICs are foreign corporations that satisfy either of two tests. Under the first test, 75 percent or more of the gross income for the taxable year is passive income. Under the second test, 50 percent of the assets held by the foreign corporation during the taxable year must be held to produce passive income. Passive income is essentially dividends, interest, rents, royalties, annuities and certain gains. Foreign mutual funds are generally covered by the definition and are considered PFICs.

Anti-deferral provisions are complex and you should consult an international tax advisor before deciding on any tax-planning strategies.