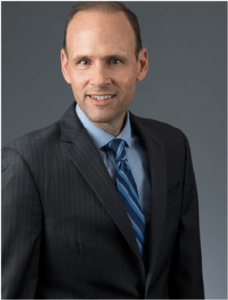 Last month, trade delegations from China and the United States continued bilateral meetings in the U.S. capitol, and talk in Washington suddenly turned toward trade and friendly relations
between these two great countries. Before long, the chief negotiators from the U.S. (Secretary of Treasury Steven Mnuchin and U.S. Trade Representative Robert Lighthizer) and China (Vice-Premier Liu He) were headed to the White House for a meeting before the Chinese delegation returned to Beijing. In an almost anticlimactic announcement, after 18 months of uneasy negotiations, it was announced that the U.S. and China had reached an unpapered accord over many of the issues that separated the countries, including agricultural purchases, intellectual property, currency and foreign exchange, technology transfer and a lesser-known area of concern for the U.S., financial services.

The U.S. has outlined the key issues upon which the parties had reached an agreement in principle, and indicated that phase 1 of the deal would be finalized in writing over the next three to five weeks, and could be agreed upon as early as mid-November when the presidents possibly meet in Chile for a previously scheduled economic summit. The remaining issues could be dealt with in phase 2 or even a phase 3, but neither side seemed willing to commit to the details in any additional phases. This is what we do know about the deal reached in mid-October:

Whatever the motivations of the trading parties, this recent announcement, while still not documented in a formal agreement, is an historic and significant shift toward a comprehensive trade deal. To avoid the problems of the past, it will be critical that the parties seize the momentum and avoid political pressures from their respective constituents to bring this deal to fruition. Geopolitical events such as those involving Hong Kong, Taiwan, the South China Sea, even the NBA, pose obstacles to a final deal as time ticks on; therefore, like all settlements, it will be incumbent for the parties to complete the deal before their enthusiasm is chilled by other forces. We will continue to update our readers as developments occur.

Mark Heusel is an experienced commercial business attorney at Dickinson Wright and serves as the chair of the firm’s China Practice Group.