Impact of an Industry 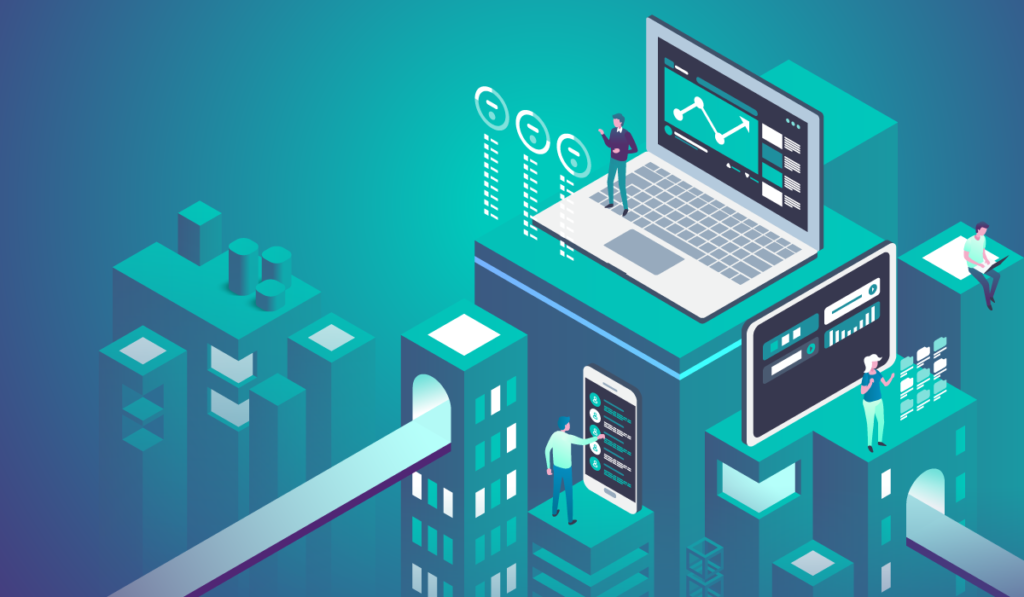 It was a rather simple question: How many technology-based companies are in Arizona?

A few publications had put the total at more than 8,000. But staff at the Arizona Technology Council weren’t buying it since they didn’t see that many companies as they made their contacts in the sector here. They needed some proof.

That came with the new Arizona Technology Council Industry Impact Report, a lively analysis of data from the U.S. Bureau of Labor Statistics, CompTIA, AngelList and others. The report is available at: http://bit.ly/aztech-impact-report

To help compile the right data for this report based on current information, Steven G. Zylstra, the Council’s president and CEO, went through all of the NAICS (North American Industry Classification System) codes and identified every code under which at least one of his member companies would qualify. He was guided by the seven verticals upon which the Council focuses:

Once the data was run, the Council had its proof: 8,010 firms. “That was interesting to us,” Zylstra says.

The wheels for this project actually started turning a few years ago when Zylstra met the principals of eImpact, an Oregon-based organization that creates Web-based data-reporting solutions designed to help engage stakeholders, drive effective policy and create new growth. He was familiar with work eImpact had done work for the Technology Association of Oregon, whose leadership spoke highly of the company.

When Zylstra headed the Pittsburgh Technology Council, his group commissioned a group of economists from Carnegie Mellon University to do a state-of-the-industry study, so he was familiar with the level of numbers crunching and expense that could be involved. What intrigued him with eImpact was the technology platform they had built to garner the data and the relatively low cost associated with doing so. The target remained the same. “The idea was — then and for this new version — to collect all the data that helped define the sort of innovation/technology ecosystem,” he says.

What helped in generating the Arizona Technology Council Industry Impact Report was eImpact’s previous work with the Oregon group and the Utah Technology Council, says Erin Barbaro, who leads its client services. “We’re trying to help organizations create things that are really interactive and dynamic that they can share with others and people can kind of dig in and explore on their own,” she says, adding that eImpact also works with a number of cities and regional development organizations interested in learning more about the geographic impact of their communities.

With expertise in the data arena, Barbaro stayed closely involved with the Arizona project as they were looking at unique data sets outside of the core sets established with the two other technology groups. “Steve and his team, they definitely had some core objectives that they were working on around workforce development and, in particular, some of the activities they’re doing around tracking all the investment that’s gone into the state,” Barbaro says. “That was something a bit new in terms of the tech councils that we had been working with.”

Zylstra says some attributes of the ecosystem that define its robustness well are how much is being invested and generated in research. That includes both corporate entities such as Intel with its IOT Center of Excellence and the state academic institutions that raise money, through the federal systems like the National Institutes of Health that invest in research to develop new innovations leading to new technologies and new products through technology transfer. “We wanted to know about startups and spinouts. We wanted to know about patents, one of the measurements of your innovation capacity,” he says. “And what was cool about both the platform and their data collection techniques is they can go back decades in some cases and look at the data so you can see the trends over the years.”

Another area of focus was Small Business Innovation Research awards, which are the largest investment in technology innovation in the nation. Zylstra says the federal government spends $2 billion annually through 11 agencies on research done by small technology companies. “Those are some of the highlights that we wanted to capture — those things that define both the existing magnitude and trends associated with the growth of the technology sector in Arizona,” he says.

“It was really focusing on the innovation and the technology investments such as [venture capital] firms and also the small-business development grants and that kind of thing that they’ve been really involved in,” Barbaro says of the Arizona effort. “Those were unique to this state.”

In addition, the Council wanted the report to include employment data and its trends: what’s up, what’s down and how many people are employed in the tech industry in Arizona. “Of course, these are the highest-paying, highest-quality jobs as well, so that’s a pretty significant number,” Zylstra says.

To prevent the report being, as Barbaro puts it, one “that’s generated maybe once every couple of years then sits on a shelf,” technology is at the heart. That is due in large part to availability of data and open data standards. “Our interface can directly pipe into the sources of the data and ask the data source to update that information where we’re able to get it instantly,” she says. “It’s instant as soon as the source updates it.” For the Council, this means its report can be periodically updated without investing huge amounts of money in redoing the work again because they already have the data sources that feed into the platform. While updates could be done often, Zylstra says the plan now is to do them quarterly.

So far, the feedback on the report and the information it offers is positive. “I think people want to know from a strategic standpoint that the economy is moving in the right direction,” he says. “I think tracking our success is important. I think people appreciate that.”

Another reason for favorable comments is the report focuses on what the Council does, and doesn’t try to match the results that can found in technology community updates issued by other groups. “We’re trying to be more broad, comprehensive,” Zylstra says. “Our data set is more reflective of the constituency that the Arizona Technology Council serves.”