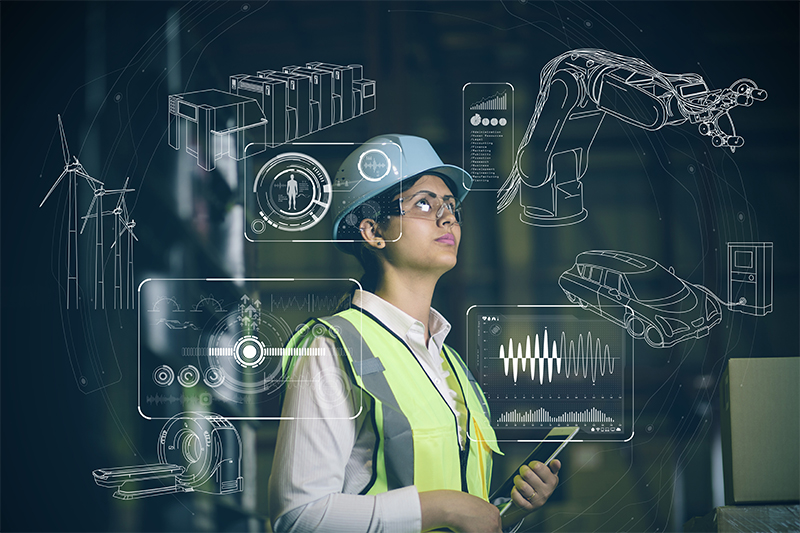 If there’s one word that best describes how the SciTech Institute has left its mark, it’s “advanced.”

The organization grew what some considered a science fair for kids into its namesake statewide festival that has entire communities thinking about opportunities in science, technology, engineering and math (STEM). It has established the Chief Science Officers program that has students taking the lead on creating a pipeline of STEM talent for workforces here, other states and even abroad. And there has been plenty more.

So it’s only fitting that this collaborative initiative of Council’s foundation and Arizona Commerce Authority (ACA) is laying the groundwork to affect the field of advanced manufacturing.

Jeremy Babendure, the Institute’s executive director, says the organization is in the process of creating an advanced manufacturing ecosystem to support the sector’s development. He says initial support has come from the state through ACA to start building more student/parent/educator awareness of advanced manufacturing’s potential for the state.

The effort has begun with pulling together collaborators and capitalizing on the Institute’s track record of success. “A lot of people have been in this space, but I think we’re going to help in terms of really being a kind of catalyst to start getting more momentum,” Babendure says.

That has led to including entities such as the Center for the Future of Arizona, Arizona Manufacturing Extension Partnership, Mesa Community College and Arizona Chamber Foundation. “Through the project, we’re trying to talk with a lot of companies and students to really figure out what are the challenges and what we can do to really get the word out,” Babendure says.

Most recently, Boeing has added support to fuel the effort to build a more sustainable outlet for results of the initiative. “I think with defense manufacturing we are going to be utilizing our network to the schools with the chief science officers to get information out,” Babendure says. “But we also are going to leverage our avenues with the festival and other types of events that help communicate what’s happening.”

To help draw attention to the new initiative, Babendure says the plan is for the new group to launch its own website in the next few months followed by marketing collateral that collaborators can distribute. Add to that the goal of having at least 30 partner organizations being involved. “We tend to be ones that really want to jump to make things happen,” he says, “but, on the other hand, there are a lot of people who’ve been in the space for a while that we need to be cautious about not repeating what people tried without success.”

Besides the ecosystem specifically for advanced manufacturing, there is a broader one in the works. The Institute and the Arizona Technology Council will be developing a STEM ecosystem for the entire state. It’s a project that originated after the two organizations and ACA were involved in creating a five-year STEM education strategic plan during last year’s State-Federal STEM Education Summit hosted by the White House.

Babendure says the work begins by talking with Arizona legislators and leaders to gain their support, then approaching potential collaborators from business, education and the community. “The hope is to connect the dots around STEM-based assets throughout the workforce continuum — from K-12 education to colleges and universities to the companies themselves,” he says. “The hope is
to get anybody and everybody.”

There already are people and organizations in the state that are interested in becoming involved in STEM through actions such as mentoring. Babendure says that leads to considering how we get them involved and help their time be as effective as possible. Working with this “STEM capital,” as he calls it, the focus would be on working with them to make the most out of their time and energy while making the pool of capital more actionable. “The ecosystem can really help that time be a lot more impactful,” Babendure says.