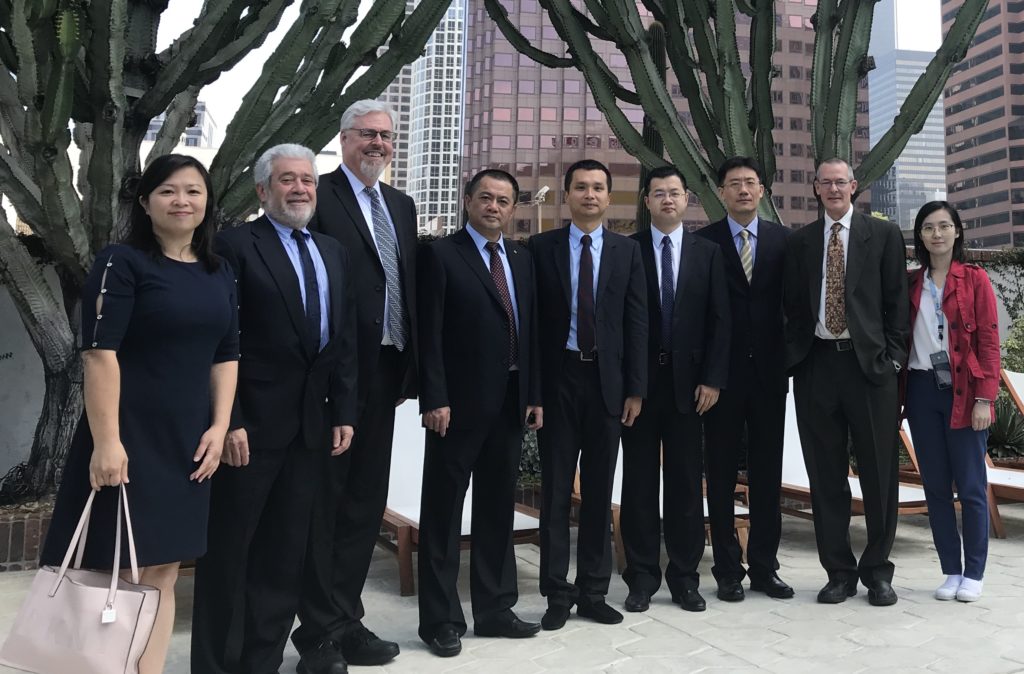 Global Chamber® hosted Mr. Zhuang Hong, deputy director general of China Foreign Trade Centre, in Los Angeles to sign a new agreement of cooperation for 2020 and beyond. The two organizations have been collaborating for the past 18 months, and the memorandum of understanding furthers the relationship. Mr. Zuang Hong signed the agreement for the Canton Fair and Doug Bruhnke signed for Global Chamber.

“We have enjoyed sharing information for the benefit of our members about Canton Fair,” says Doug Bruhnke, founder and CEO of Global Chamber. “In addition to events on Canton Fair in Dallas, Detroit and Phoenix, we have been sharing information about the upcoming activities in Guangzhou regularly. We appreciate the opportunity to advance our collaboration.”

Canton Fair, or the China Import and Export Fair, is the largest trade fair with the largest scale, the most complete exhibit variety, the broadest distribution of overseas buyers and the greatest business turnover held in Guangzhou (Canton) China. More than 25,000 exhibitors and about 200,000 buyers will attend the fair at China Import and Export Complex. How big is it? We toured the massive Los Angeles Convention Center after we signed the agreement, and it turns out that the Canton Fair is eight times larger than the entire Los Angeles Complex. Massive!

Canton Fair was established in 1957. Co-hosted by the Ministry of Commerce of PRC and the People’s Government of Guangdong Province and organized by China Foreign Trade Centre, it is held every spring and autumn in Guangzhou, China. The Guangzhou International Convention & Exhibition Center (Canton Fair Complex, for short) is the largest modernized exhibition center in Asia. It is located in Pazhou Island, Guangzhou, China. Address is No. 380, Yuejiang Zhong Road, Guangzhou, China.

Very special thanks to Todd Cornell of Cultur668 and Global Chamber® Northern Colorado, who provided the professional bridge between the delegation from Guangzhou and all the people we met with during the day, including the Port of Los Angeles, the Los Angeles Convention Center and the leaders at the office of the Mayor of Los Angeles. We also collaborated with Vlady Cornateaunu, who manages Canton Fair marketing on the West Coast.