Another Viewpoint about Women on Corporate Boards

Throughout my year as president of NAWBO Phoenix, the issue of legislating women on boards, as they recently did in California, has been our most talkedabout subject. We have tried to potlight different viewpoints on the subject. This time, we found someone who has actually done it, and tried to get her point of view.

We reached out to Chas Roberts A/C & Plumbing CEO Sissie Roberts Shank, who sits on the boards of two public companies: Knight Transportation and U-Haul International.

How did you get your first board assignment?
My first board assignment was by chance. I happened to be at a CEO luncheon and the person next to me was the CEO of Knight Transportation. We spent the luncheon discussing things our industries had in common, and what we could each do to improve. It was a bit after that, I received the phone call asking if I would consider being nominated for a board position. There were lunches with other board members at different times throughout the year to determine if I was a good fit for the organization.

What is the time commitment of a board member?
The time commitment varies. While one board I sit on meets two days a quarter, another meets every other month and has a phone call on the off month. You need to do preparatory work before the meetings, which may be short or not so short depending on what is happening with the company. In times of mergers or acquisitions, there will likely be additional meetings. I think it’s also important to stay on top of what is happening in the industry to understand what challenges and opportunities the corporation may be facing in the short and long term.

What are the most important qualifications for board governance?
Board governance is about mitigating risks to the company. Qualifications include helping to identify the risks and developing internal corporate governance procedures to monitor and mitigate those risks. The member should be independent and understand the risks threatening the industry and corporations in general.

Why are women not getting recruited or selected for boards? In terms of recruitment, unfortunately, like with most hiring, people look to referrals. When you have two equal applications for an employee and one comes with a recommendation from someone you know while the other person doesn’t, who do you hire? In most cases, all other things being equal, you will hire the referral.

On boards today, much of the nominating committee making the referrals is made up of men, and the people they know and refer are other men. If 80 percent of the board is male, it is likely at least 80 percent of the nominations will be male. I don’t even believe it’s an intentional slight to women, but, rather, it’s just who they know. In addition, because of the time commitment involved, many boards are made up of very successful retirees. That also lends itself to a passage of time when women as a percentage were not as prevalent in positions like regional VP, CIO, CEO or President of large corporate firms as they are today.

Do you think women on boards should be a legislative issue?
First let me say, rarely am I a “more legislation needs to happen” type of person, so it is not surprising that I would say I don’t think this issue needs to be solved with legislation. I believe as new board positions are opened up and refreshment occurs, corporations understand that diversity, including gender, adds to the value of a board. In addition, Glass, Lewis &
Co., and Institutional Shareholder Services (ISS) are also letting companies know that they, too, like diversity and will recommend “no votes” to shareholders in their proxy recommendations, and give companies lower board rankings, when diversity isn’t present.

Major institutional investors are also making their want for diversity known by reaching out to companies and/or voting no on directors when they see companies are not taking diversity seriously. Movements like 2020 Women on Boards are putting pressure on corporations as well, and I see these tides changing. I think we are in extremely exciting times.

From your experience, was there a time when the fact that you, a woman, influenced the board decision one way or another?
I think of the board more as a think tank that is in charge of bringing possible challenges and opportunities it sees to management. I’m sure there are areas I have brought up or pushed, but I can’t think of one off the top of my head. Apologies.

I hope you enjoyed reading about Sissie Roberts Shank journey as a corporate board member. I hope this will inspire you to consider getting involved on any board position may it be for nonprofit, corporate board or even NAWBO. 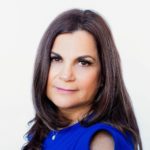 Ronit Urman is the co-owner of Urman Enterprises, a leading provider of commercial and residential real estate services, and immediate past president of NAWBO Phoenix.