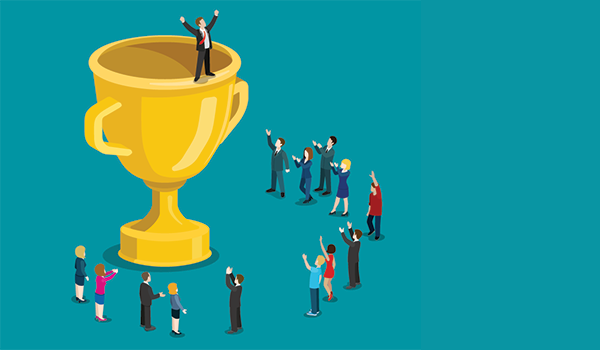 As the voice for the state’s technology community, the Arizona Technology Council becomes intimately involved with helping shape the public policy that can drive our industry forward. Fortunately, the Council’s priorities for the most part meshed with those of our lawmakers, as proven by action in the 52nd Arizona Legislature combined with the support of Gov. Doug Ducey.

There were a number of successes impacting the state’s technology community during the recently adjourned session. Briefly, some of the most critical were:

JTED Restoration — In a bid to reverse slashed funding of the state’s Joint Technical Education Districts (JTEDs), the Senate and House each came up with bills to restore funding for the programs credited with giving high school students an early exposure to much-needed careers such as those in technology. Legislators expressed concerns about the previous cuts as they began negotiations to frame the restoration and create transparency and reporting requirements. After the legislation was approved by the Legislature, it quickly was signed into law.

Secondary Crowdfunding Markets — At an economic development stakeholders meeting staged by Sen. David Farnsworth with involvement of the Council, concern was raised over the inability to sell equities purchased through the crowdfunding platform if the holder chose to do so for financial or other reasons. The senator sponsored a bill that expanded the isolated transaction exemption to allow the sale of such securities. The Legislature unanimously approved this bill.

Dodd-Frank Private Small Fund Advisor Exemption — Most states had exemptions in their statutes for venture capital firm managers with 15 or fewer clients based on federal law and had to adopt new exemptions after the Dodd-Frank Act was enacted. However, Arizona did not update its statutes to avoid registration, putting the state at a disadvantage when trying to attract venture capitalists. Under a Senate bill, a private fund investment adviser would not be required to be licensed in Arizona or make a notice filing if the adviser meets specific conditions. The new law goes into effect Sept. 1.

Arizona Commerce Authority 2.0 — A House measure introduced the idea for the Governor’s Economic Opportunity Office, which would be a one-stop economic development shop focused on getting government out of the way of job creators by providing a direct link between the business community and the workers and capital they need. The office also would serve as an analytics and strategy team to check how well Arizona compares to other states.

In addition, there were other bills that the Council followed closely as they made their way through the Legislature before being signed into law by Gov. Ducey:

Patent Troll Prevention Act — Heading off a problem that has clogged courts even beyond Arizona, an assertion of patent infringement-made bad faith becomes prohibited under the act. Violations become subject to enforcement through private action and prosecution by the attorney general.

Medical Licensure Compact — The process of licensing physicians in multiple states becomes streamlined by adopting a prevailing standard for licensure. In addition, the

Arizona Medical Board and the Arizona Board of Osteopathic Examiners in Medicine and Surgery will be authorized to issue a temporary license to allow a physician who is not an Arizona licensee to practice here for up to 250 consecutive days.

Expenditure Limitation for Community Colleges — This permits a community college district board to refer to voters a permanent change in the base limit used to determine expenditure limitations. Alex Rodriguez, the Council’s vice president based in its Southern Arizona office, was especially active in helping gain support for this measure.

Speaking of funding for education, the Legislature passed a spending package that included $32 million in new money for our state universities. This action helps make up for the $99 million that was cut last year. Also, thanks to voters who made their way to the polls to approve Proposition 123 crafted by the governor and which will add $3.5 billion in new spending over a decade to K-12 schools with the help of state land trust money.

Granted, it wasn’t all good news for the Council’s members. Once again, the case was made to recapitalize the Angel Investment Tax Credit, one of the most successful programs to make its way out of the Legislature in recent years. That success was apparent from the proven return on investment shown in a recent economic impact study. The program uses about $2.5 million of tax credits annually, so a $7 million funding request would have continued the program for a few years. While there was still bipartisan support in both chambers, 11th hour negotiations over holding harmless K-12 education funding was the top priority for members, which left many other budget priorities, including the Angel Investment Tax Credit, on the chopping block.

But the Council doesn’t view this as a defeat. It presents another opportunity to make the case for the credit. Members will be back next session to work with the Legislature on helping craft public policy that supports a tech agenda while bolstering economic development in Arizona. This activity ranges from one-on-one meetings to testifying in hearing. It’s all about democracy in action.