You are here: Home / Archives for phila
In Business  |  Philanthropy  |  phila 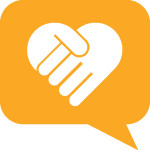 Larry H. Miller Dealerships has officially wrapped its second annual “10 Days of Giving” campaign, in which the group donated nearly $75,000 to 10 charities over 10 days. Aimed at spreading cheer to deserving Metro Phoenix and Tucson charities, the campaign wrapped up with a $5,000 donation to Scottsdale-based HopeKids on January 8. The funds were distributed through Larry H. END_OF_DOCUMENT_TOKEN_TO_BE_REPLACED