Bettors in Arizona wagered nearly $319 million during the month of June, according to a new report by the Arizona Department of Gaming. “Despite June being a historically slower month for sports betting, Arizona’s figures were strong nationally,” said Ted Vogt, Director, ADG. “Arizona operators contributed over $750 thousand in privilege fees during June, resulting in nearly END_OF_DOCUMENT_TOKEN_TO_BE_REPLACED

Getting Out of Town over Labor Day Weekend? 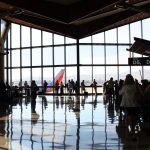 MG Properties, a private San Diego-based real estate investor, owner, and operator has purchased 2150 Arizona Ave South Apartments l for $107 million. Rebranded as 2150 Apartments, this Chandler submarket of Phoenix boasts some of the most robust multifamily fundamentals in the metro due to its proximity to multiple job corridors, one of Arizona's top school systems, END_OF_DOCUMENT_TOKEN_TO_BE_REPLACED 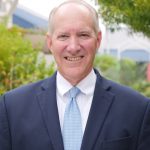 Corning Incorporated, one of the world's leading innovators in materials science, announced today it is expanding its manufacturing capacity for optical cable, based on a long-term relationship with AT&T as the nation’s largest fiber internet provider expands its fiber footprint. Corning will build a new cable manufacturing facility in Gilbert, Arizona, creating 250 jobs. END_OF_DOCUMENT_TOKEN_TO_BE_REPLACED

Vista Living Senior Care, Inc. is proud to announce the opening its fourth assisted living home in the Phoenix area and the first in Paradise Valley. The other three homes are in the Arcadia neighborhood on the other side of Camelback Mountain. The new home offers a similarly welcoming and intimate experience where residents can connect with nature, walk in the courtyard, and END_OF_DOCUMENT_TOKEN_TO_BE_REPLACED

FirstBank, one of the nation’s largest privately held banks with a focus on “banking for good,” announced continued growth in assets, deposits, and income as part of its 2022 second quarter summary of the company’s holdings and activities. At the end of June, FirstBank’s Arizona division saw total assets climb to $1.5 billion, up 41 percent from the same period in 2021. END_OF_DOCUMENT_TOKEN_TO_BE_REPLACED