You are here: Home / In Business / Welcome Aboard
In Business  |  Arizona Technology Council  |  March 2015

Meet two of the newest Council board members 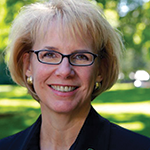 Dr. Kimberly Andrews Espy is senior vice president for research at The University of Arizona. As the university’s chief research officer and a member of the president’s senior executive team, Espy is charged with advancing transformative excellence in research across the campus toward achievement of the goals articulated in Never Settle, the university’s academic strategic plan. She is responsible for university interdisciplinary research centers and institutes that span from basic to applied and from the sciences to the humanities disciplines as well as the three museums and central core facilities. Espy also represents the university in national organizations such as the American Association of Universities, the Association of Public and Land-grant Universities, and Council on Research Policy and Graduate Education, plus serves as a member of several public boards.

Prior to accepting the post at the UA, she was the vice president for research and innovation at the University of Oregon, and dean of its Graduate School. During her tenure, many university research core facilities were established, the university facilities & administration negotiated rate and effective recovery rate were increased, and research support programs were augmented or developed that resulted in new federally funded interdisciplinary projects.

Espy earned her master’s and doctoral degrees from the University of Houston and her bachelor’s degree from Rice University. She completed a clinical/pediatric psychology internship at University of Louisville School of Medicine/Bingham Child Guidance Center and a post-doctoral fellowship at The University of Arizona College Of Medicine. She is a licensed clinical psychologist. 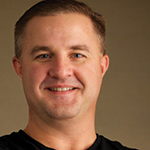 Attorney Marc Chesley is the chief technology officer at Infusionsoft, where he oversees all product development and technology. His goal is to build leaders, and he serves as a mentor and coach at the company, which he joined as employee No. 15 at the early stage of startup growth. Prior to Infusionsoft, Chesley founded, grew and successfully sold a computer and networking services company. He has held executive positions for WinForce Technologies and IT Partners. Chesley is also a cloud computing and agile development leader, with multiple certifications in Pragmatic Marketing and SCRUM. He has a knack for translating vision and design into tangible products that help small businesses succeed.