You are here: Home / In Business / For-Profit Partner for Special Education
In Business  |  Briefs  |  July 2015 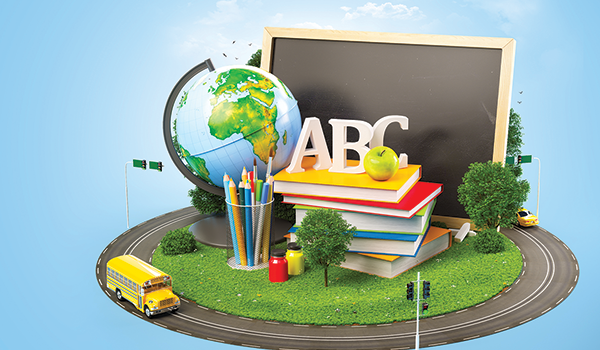 Public schools regularly contract with for-profit companies for supplies and services, from text books to trash collection. Mark Claypool, president and CEO of Educational Services of America, which is currently expanding the capacity of its four Ombudsman charter schools in Arizona, believes for-profit companies also have a place in schools’ basic purpose: educating students. Especially students who have special needs — in Ombudsman’s case, teens who are autistic or at-risk.

“The list of things required of the public school system continues to grow,” Claypool says, describing it as “a choking amount of responsibilities, roles and duties.” Emphasizing that the Ombudsman schools include a focus on accountability, standardized testing, Common Core and the other standards public schools must meet, Claypool says, “What we can do as a specialist is focus on a few populations of students that they do not want to develop the internal capacity to serve or who are underserved already — we can take that burden off them.” He and co-author John McLaughlin deal with the subject in depth in the recently released book We’re In This Together: Public-Private Partnerships in Special and At-Risk Education.

Addressing the needs of autistic and at-risk students, Ombudsman’s program is four hours of intense academic instruction that “looks a lot more like going to work,” Claypool says, noting also the benefit of eliminating what would, for these students, be distractions — such as passing periods and clubs — because “these are kids who can’t handle all the socialization and politics.” Underscoring the success of the program, which tries to return the students to their regular high school to graduate with their class, Claypool relates that, this year, one of the former students returned to the school a fully credentialed teacher. “Nothing could be more encouraging to those students in that school than to meet our teacher.”

Combined capacity at the four Arizona campuses is currently about 800, with each school carrying a waiting list of about 100, but ESA will be opening new, larger campuses this fall to replace three older ones, and hopes to double its enrollment. Claypool founded the national company ESA in 1999 and has grown it to an annual revenue of nearly $130 million.

Arizona’s high school graduation rate, according to the latest compilation from the National Center for Education Statistics, is 75 percent. While not the lowest in the nation (although most states achieve graduation rates in the 80 and 90 percents), it is one of only two states that show a consistent decline in the three years reported, school years 2010-11 to 2012-13.