You are here: Home / In Business / Cycling Dollars from Local to Local
In Business  |  Feature  |  August 2013

Cycling Dollars from Local to Local

The “buy local” revenue cycle supports business and the community 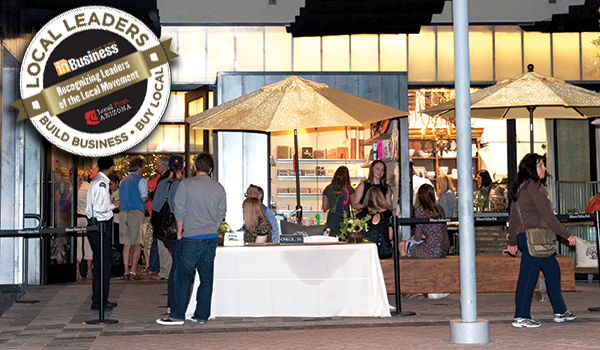 Studies show a multiplier effect on dollars spent at local businesses that doesn’t exist for dollars spent at chain retailers or other out-of-state firms. Even if a local purveyor’s price is higher, the pay-off comes from keeping the money in the community.

Local businesses propel dollars through an elaborate local spending cycle, generating jobs, profits, purchases, capital expenditures, employee spending, philanthropy and taxes. In addition to sales taxes — which account for an estimated 45 percent of general revenue for Scottsdale and 48 percent for Phoenix — locally based firms contribute considerable property taxes, the mainstay for Arizona’s school funding. The cycle’s indirect benefit is producing self-determining communities not subject to the whims of a home office in another state, and a more vibrant culture with the product diversity that comes with a competitive marketplace.

On the face of it, patronizing local businesses would seem inclined to stimulate the local economy, but it wasn’t until Civic Economics, a strategic planning firm in Austin and Chicago, quantified the economic impact of locally owned retailers in the early 2000s in Austin that anyone measured the far-reaching extent of the spending cycle. As experienced strategic planners, Civic Economics blended economic and demographic analysis to look closely at income migration around specific areas. The technique helped local businesses cast a suddenly longer shadow.

Civic Economics’ analysis showed that local merchants generated more than three times the local economic activity of chain stores, based on equal revenues. A key finding has been that for every $100 spent at a locally owned business, $43 stays in the community. But that figure deflates to $13 for out-of-town companies. The study’s results influenced thinking nationwide and, by the end of the decade, Civic Economics was finding similar results with Arizona studies that delved far beyond retail.

In a study on state procurement, Civic Economics found that if Arizona ordered $5 million of goods from a chain office supplier, only $580,000 would remain in the state at year’s end. But if the state bought the same order from locally owned Wist Office Products in Tempe, approximately $1 million would remain, due to payroll, profits, the firm’s local spending and charitable giving.

“Half of what we do is drive consumers to local businesses,” says Kimber Lanning, executive director of Local First Arizona, a nonprofit that spearheads the “buy local” movement here. “But the cycle doesn’t work if the local business takes the consumers’ money and doesn’t buy its supplies locally. Then the money leaves the community in the second round of the cycle.”