You are here: Home / In Business / Brian Cassidy: Developing Niche Market Expertise
In Business  |  From the Top  |  July 2015 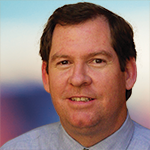 As one of the principals of architecture firm CCBG Architects, Inc., Brian Cassidy stays busy working on a variety of different projects. A passion of his now is adaptive reuse of old structures in the heart of Downtown Phoenix, and the firm is a leader in the movement to take old buildings that are still architecturally sound and transform them to a new purpose into something vibrant and highly usable. Characterizing Phoenix as the furthest behind in the urbanization movement, Cassidy says it is not a fad or trend but rather requires changes in attitude for this city that is notoriously known for sprawl. He spends time traveling to other cities, such as Portland, Ore., to learn what they are doing in solving the issues related to urbanization.

Although the firm of 20 architects, which has offices in Phoenix and San Diego, Calif., is currently active in urban infill and adaptive reuse projects, CCBG Architects used to be focused on a much different type of client. “Prior to blossoming here, most of what we did as architects was getting involved with the design of religious campuses,” says Cassidy, who has been with CCBG Architects for 34 years, and its president and CEO since 1987, adding that they worked on projects in numerous other states that included Texas, New Mexico and Washington.

“Churches saw the work that we did on other religious campuses, so I would fly up and met with them and work with them, and this turned into a multi-state practice. We placed ourselves out there in the path of future success and did great projects and made our clients happy,” says Cassidy. He notes that focusing on a niche marketplace and learning everything they could about it was highly instrumental in the company’s success.

“We learned about lighting and acoustics and video systems and the importance of being able to see well in a worship space,” Cassidy relates, explaining, “If people are not able to see or hear or feel comfortable, they will find another church. Most big churches suffer in one of these issues.” By learning all they could about what makes the interior of a religious building comfortable and technically ideal, Cassidy says CCBG Architects was able to stand apart and get hired for numerous projects. “We understood that it’s not just about creating a beautiful building; the technology must work or people will leave.”

Like many other architectural firms in the country, CCBG Architects suffered a negative impact from the recent “mortgage meltdown.” “We are in a business that is highly correlated to the real estate health of the country. We know we will have ups and downs,” Cassidy says, relating that, although his firm saw through to completion a lot of the architectural projects that were already in the pipeline prior to the crash, the next wave was crushed as banks pulled loans. “Nationally, the architecture profession got cut in half. We saw it coming, although nobody had a perfect crystal ball.”

To weather the economic storm, Cassidy says his company lived as “mean and lean” as they could. Steps included making sure the firm was debt free, cutting unnecessary expenses whenever possible and also making the very difficult decision to let four people go. “It was very calculated in terms of picking who it had to be. It was not necessarily the most expensive people but actually ended up being the least experienced,” Cassidy shares.

Cassidy recalls telling the remaining staff, “We will ride out this storm together and please bear with us as we go through these lean times.” The firm weathered the downturn together for about five years until the marketplace began to pick up again. “We cut salaries and were as efficient as possible with everything. And everybody stayed. I think everybody appreciated getting a paycheck two times a month.”

Now that the market has picked up again, Cassidy says everyone’s salary has been restored and the staff is back to full strength. He is grateful for his hard-working and dedicated team, whom he credits with producing a huge amount of work. “We only had one person choose to leave in eight years, and the average employee has been with us for 16.”

Being involved in the community at a grassroots level is one of Brian Cassidy’s greatest passions. He enjoys serving on boards and groups that help promote economic development in Phoenix, and is currently chairman of the Warehouse District Council and board member of the Downtown Phoenix Community Development Corporation as well as president of the Central Arizona Architectural Foundation.

CCBG Architects has been in continuous practice since 1965. In addition to adaptive reuse and urban infill projects, the firm’s portfolio includes upscale resorts, movie theaters and golf facilities.

The firm has worked on almost three dozen adaptive reuse projects over the years, including transforming an old two-story produce warehouse into a contemporary public relations office.

According to the City of Phoenix website, its award-winning Adaptive Reuse Program is one of the most comprehensive programs of its kind in the country. The program offers development guidance, streamlined processes, reduced timeframe, and cost savings to customers looking to adapt older buildings for new business uses.