Effort and money are necessities 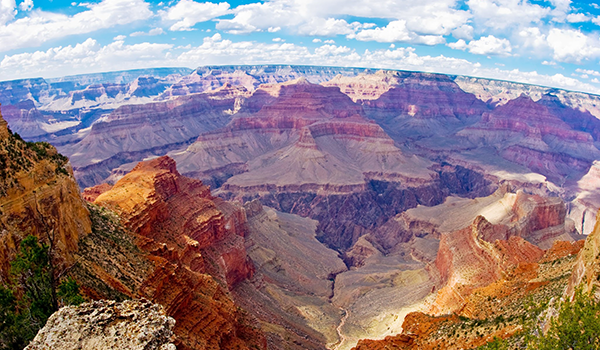 The common thread running through the minds of Valley economic development and political leaders is: Arizona needs to tell its story. The state’s image and reputation drive what happens to business in the Valley of the Sun.

Arizona has never cohesively presented its message to the world. Officials say we’re always playing catch-up and trying to erase archaic and wrong images. “We need a consistent message,” Greater Phoenix Economic Council CEO Barry Broome explains, “because when [negative] news puts Arizona on the front page, we spend four to six months cleaning up the mess. I’d like to see the state put $10–$15 million into branding Arizona.”

Arizona’s image got a big boost from an unlikely source last year. “When President Obama spoke at Intel, a lot of people started looking at Arizona differently,” explains Chandler Mayor Jay Tibshraeny. “We’ve gotten a lot of traction from his visit. We’re getting calls and CEOs are rethinking Arizona.” When the President of the United States stands in front of a local business success and gives it accolades, money can’t buy the kind of message that image conveys, Chandler economic development officials say.

“You can’t just buy an image,” cautions Phoenix Mayor Greg Stanton. “We’ve got to back it with smart public policy, good education, and a quality of life people will want to enjoy. When we do that, what we do will make the brand.”

Mayor Stanton talks up the renaissance in Downtown Phoenix and hints of major announcements to come. The UA biomedical campus, CityScape and ASU downtown have transformed the area in a short time span. Mayor Scott Smith touts the five colleges with downtown Mesa campuses, light rail-spurred development and the East Valley’s foray in bio- and life-sciences. Mayor Tibshraeny talks Price Corridor. “We know that if it’s good for any one of the cities in the Valley, it’s good for all of us,” says Mayor Tibshraeny. This spirit of cooperation and regionalism is a recent consolidation of formerly independent efforts.

“Branding Arizona is necessary to attract capital, keep the talent here, and get story out about our business climate,” insists Brandon Clarke, leader of Startup Arizona. Startup Arizona is part of the national Startup America Partnership, led by AOL founder Scott Case, which provides support to incubating businesses across the country.

Leaders are using their pulpits to talk up Arizona. They are touting the same message about Arizona’s strengths: talent and innovation, mentoring and collaboration, ingenuity and success, diversity and education. “We can offer attractive tax packages, keep regulations under control, but that just gets us into the site selection,” emphasizes Mayor Smith. “What gets us over the top is when we can answer a CEO’s challenge, ‘Tell me I can find the people who will make my business succeed.’”

“Our policy is to be welcoming in this region,” explains Mayor Stanton. “This is what builds a great city — diversity, culture, arts and strong urban design. When I talk to businesses about coming here, they want to know if there is a highly educated, diverse, long-term work force. They ask about whether or not there are other businesses like theirs in the market. That’s part of diversity.”

Another Arizona advantage is its land. “There’s an open air to Arizona. It seems exotic to outsiders,” points out Arizona State University president Michael Crow, Ph.D. “Life is good in the desert. We don’t have earthquakes, severe weather, and we have a wide-open culture. There is a place for innovation in any field.” Calling Arizona the “edge of newness,” Dr. Crow says, “Time moves quicker here. The five C’s [cattle, citrus, climate, copper and cotton], have been surpassed. New things are happening — new approaches to government, new businesses, new technologies, new cities; anything is possible in this Valley.”

Success; that’s the story to tell, economic developers agree. News report by news report, ranking by ranking, Arizona enjoys good business press. Then comes the stomping foot: Texas and its $15 million a year advertising budget; California and $25 million a year; New York, well on the way to matching Michigan’s $5 million. Other states are putting big dollars into national advertising. The Arizona news is getting drowned.

“We’re readying an aggressive strategy to put Arizona out there,” says Sandra Watson, president and CEO of the Arizona Commerce Authority. “The key is how to tell that story and where to tell it. We want Arizonans to be as excited and proud of this message as Texans are of their slogan and Michigan is of its ‘pure Michigan’ moniker.”

The state brand being promoted is “Arizona Know How.” The ACA has committed a significant creative effort into an initial set of messages marketing Arizona know-how. The agency is focused on selling Arizona’s growth, opportunities, talent and innovation. With all the agencies and organizations promoting Arizona, under Watson, the ACA picked up the leadership ball and is running with it. What it’s going to take to tell the Arizona story is $20 million — a quarter of that targeted to reinforce the message locally and instill a “don’t mess with Texas” sense of pride, and the balance going to the national market.

The “Arizona Know How” campaign uses sun, deserts and Downtown to illustrate Arizona successes. In the campaign, ads take the questions a CEO wants answered and answers under the banner “we know how.” The Arizona Know How effort is built on the independence and pride that make the state what it is.

The ACA’s efforts — if the state puts in enough money to be heard above the marketplace clutter — is the kind of story that can be told. If it’s spread wide enough with adequate budget, it’s going to be a message that can be heard.