Looking Ahead to Prosper 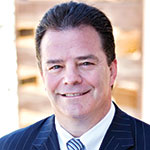 After a long election and a year of moderate but much-needed growth, businesses are energized to prosper in 2013 and beyond. Arizona’s economic picture is improving, with the housing market gaining momentum, lending opportunities resurging and a focus on economic development to improve the jobs market and create economic opportunity.

One thing is for certain: To inoculate ourselves against future downturns, we must look at diversifying our economy beyond the growth industries — like housing and construction — that have defined our regional wealth opportunities for decades. The key to this economic transformation lies with export industries. Why? Export industries tend to be capital-intensive operations and pay higher-than-average wages. They also support small businesses and entrepreneurs by creating wealth.

At the Greater Phoenix Economic Council, we have identified export growth as one of our long-term priorities because it is essential to growing both the region’s economic base and our competitiveness with other states when it comes to high-value investments. As such, we are supporting policies that make Arizona more competitive for export-centric investments. We are also advocating for free trade policies at the federal level, particularly with China, which is on track to become the biggest economy in the world. While there’s still more work to be done, we feel strongly that increased export growth and investments will yield the most productive results by helping to put the Greater Phoenix region on a more solid path to prosperity.

Turning to more local initiatives, the new legislative session promises some focus on what business will need to grow. Don Rodriguez spoke with legislative leaders on many of the key committees, specifically the Commerce, Energy and Military; Higher Education and Workforce Development; and Commerce committees. His cover story “Contemplating Growth: Is the Arizona Legislature Ready to Act for Business?” includes input from the Arizona Chamber of Commerce and Industry and the Arizona Small Business Association.

This issue of In Business Magazine also features an in-depth look at one of our state’s most important sectors — agriculture. Sue Kern-Fleischer explores the industry, from small, local, family enterprises to large agriculture businesses that export globally. In another feature, Mike Staver discusses how a leadership style that avoids the “blame game” promotes better morale and greater creativity and productivity among employees. Finally, Moe Glenner offers an unusual view of how an individual’s selfishness can be harnessed for the good of the company in the “Roundtable” feature “Return on Personal Investment.”

With its broad focus on topics that will benefit those vested in business in the Greater Phoenix area, from small-business owners to executives of our biggest corporations, In Business Magazine continues to be a reliable business resource — and a good read.

Barry Broome’s tenure at GPEC has led to the attraction of more than 170 companies creating more than 30,000 jobs and $7 billion in capital investment to the region. Under his leadership, GPEC has been ranked the No. 1 regional economic development organization in the United States among site-selection consultants and was recognized as Organization of the Year by the Arizona Association for Economic Development. Broome is credited with developing economic development programs that redefine public policy and improve statewide competitiveness.