You are here: Home / Archives for Philanthropy
Philanthropy  |  inbusinessphx.com  |  May 17 2022

Temperatures are starting to heat up and a local nonprofit organization is making sure vulnerable people at risk have help to stay healthy and cool. With a grant from Arizona Public Service (APS), FSL will continue the Healthy Homes Air Conditioning Program into its second year.  SRP is also a funding partner in this program. “We’re so grateful to APS for its support to END_OF_DOCUMENT_TOKEN_TO_BE_REPLACED

Babbo Italian Eatery celebrated its 20th anniversary on Thursday, April 7, with the grand opening of its Goodyear location and a Day of Giving to benefit the Seena Magowitz Foundation. The community came together to support this important cause with all Babbo locations donating 100% of profits on April 7 in support of pancreatic cancer research. “We are so grateful to the END_OF_DOCUMENT_TOKEN_TO_BE_REPLACED

A Footprint for a Sustainable Future 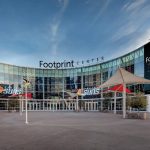 Do you remember the infamous video, showing Christine Figgener, Ph.D., pulling a straw out of a sea turtle’s nose? The video went viral on YouTube and is widely considered to be the catalyst that launched the outrage and action about plastic ocean pollution.  Long before that, though, in 2014 it was Troy Swope and Yoke Chung, who met at Intel and noticed that plastic residue END_OF_DOCUMENT_TOKEN_TO_BE_REPLACED

Gila River Resorts & Casinos – Wild Horse Pass, Lone Butte, and Vee Quiva, are accepting applications from nonprofits state-wide for its self-excluded jackpot fund beginning June 1. The deadline to apply is Thursday, June 30 at 5 p.m. All Arizona 501(c)(3) organizations that are recognized by the IRS and focus on education and children’s welfare are eligible for END_OF_DOCUMENT_TOKEN_TO_BE_REPLACED 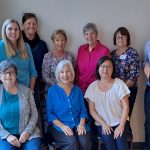 The Arizona Women’s Partnership, Inc., an all-volunteer philanthropic non-profit, formed in 2002 and based in Phoenix celebrates its 20th anniversary of providing grants to grass roots charities that assist disadvantaged women and children in AZ. AZWP is pleased to announce that it has awarded another $30,000 in grants which means a total of over $565,000 in grants. "This is END_OF_DOCUMENT_TOKEN_TO_BE_REPLACED

While complete numbers won’t be fully tallied for another week as nonprofits around the state submit final reports which include additional direct-to- organization donations inspired by Arizona Gives Day, all indications are that Arizona Gives Day 2022 is on pace for another highly successful 24-hour fundraising campaign. During this year’s 24-hour online fundraiser, 27,741 END_OF_DOCUMENT_TOKEN_TO_BE_REPLACED 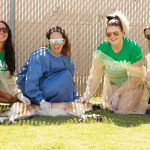 Through thick and thin, Ryan Companies has a history of doing the right thing. Its community support is rooted in its purpose to create places for people to thrive. Its leadership recognizes that commercial real estate leaves an imprint on customers, team members and the larger society, and they’ve made a commitment to be a valued partner in growing stronger END_OF_DOCUMENT_TOKEN_TO_BE_REPLACED

Cox Communications, in partnership with Habitat for Humanity, recently installed Cox Home Security and other critical technology for the first 3D-printed home in Arizona. Cox worked directly with the homeowners to provide all the technology the family would need to fully enjoy their new home on move-in day. The Cox services are donated for one year. Everything else was gifted END_OF_DOCUMENT_TOKEN_TO_BE_REPLACED

ProShred Arizona raised more than $1,300 for Big Brothers Big Sisters of Arizona and was able to shred and recycle more than 6,000 pounds of documents and files at its recent annual shred event. bbbsaz.org  END_OF_DOCUMENT_TOKEN_TO_BE_REPLACED 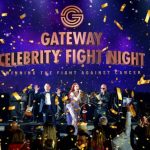 Gateway for Cancer Research, an internationally recognized philanthropic organization that has generated more than $90 million in charitable funding throughout its 27-year history, raised more than $5 million at its inaugural Gateway Celebrity Fight Night, the result of a merger between Gateway and Celebrity Fight Night in 2021. This year's event featured a "Stardust Dreams" END_OF_DOCUMENT_TOKEN_TO_BE_REPLACED

Glencroft Center for Modern Aging, the largest senior living campus in Arizona located in Glendale, has received $70,000 in grants and will use the funding to construct a walking and exercise trail for its residents. Construction is underway with a fall completion target. ZoeLife is Glencroft’s signature program that helps Glencroft residents maintain a healthy, active END_OF_DOCUMENT_TOKEN_TO_BE_REPLACED 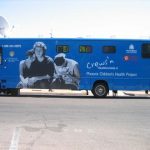 Phoenix Children’s has been committed to improving the health and welfare of all children in the community, not just those patients treated in the brick and mortar facilities.  In alignment with Boeing’s mission to support outreach projects that directly improve access to quality health care to historically underserved communities, Phoenix Children’s has received a $125,000 END_OF_DOCUMENT_TOKEN_TO_BE_REPLACED

Plexus Worldwide, one of the largest direct selling health and wellness companies in the world, hit a major milestone by donating 30 million meals** through their Nourish One® initiative to people facing food insecurity. This achievement comes as a result of the efforts of Plexus Brand Ambassadors and team members in their ongoing commitment to fighting worldwide hunger. In END_OF_DOCUMENT_TOKEN_TO_BE_REPLACED

Scottsdale-based Wilde Wealth Management Group brightened the holiday season for more than 400 children in need with its donation of more than 250 toys as well as $2,500 in additional cash donations to Toys for Tots in December. This is Wilde’s 17th year supporting Toys for Tots through its Wilde for Arizona Community Outreach Program. END_OF_DOCUMENT_TOKEN_TO_BE_REPLACED

A regenerative treatment for Alzheimer’s disease, a respiratory-assist device to improve COPD patient care, a blood-based test for colorectal cancer, and a treatment to solve bad dog breath are some of the transformative advances of the 2022 Flinn Foundation Bioscience Entrepreneurship Program participants. The seven Arizona-based, early-stage companies competitively END_OF_DOCUMENT_TOKEN_TO_BE_REPLACED 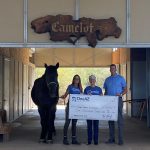 OneAZ Credit Union and the OneAZ Community Foundation has opened the application process for the 2022 Community Impact Grants. This year, $5,000 will be awarded to 50 nonprofit organizations that positively impact communities served by OneAZ. This represents more than double the amounts awarded in 2021. “We are proud to announce that this year we’ll be able to assist END_OF_DOCUMENT_TOKEN_TO_BE_REPLACED

Desert Financial Foundation and Desert Financial Credit Union donated $850,000 to 1 Darn Cool School at Phoenix Children’s during a check presentation Tuesday, Feb. 15. This is the second donation of a four-year, $3 million commitment to Phoenix Children’s. The 1 Darn Cool School is a fully accredited K-12 school with eight full-time master’s level teachers. The END_OF_DOCUMENT_TOKEN_TO_BE_REPLACED

Make-A-Wish will be sending a team of 15 wish kids and their families to Los Angeles to attend Super Bowl LVI. The kids, who are all facing critical illnesses, will be treated to a life-changing experience thanks to the generous donations of individuals and corporate supporters, including the National Football League (NFL). In addition to celebrating a return of wish kids to END_OF_DOCUMENT_TOKEN_TO_BE_REPLACED