The ‘Secret Formula’ of App Success 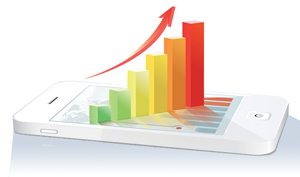 Applications for mobile devices are proliferating at an almost-exponential rate. Many existing businesses have more than one, and some businesses are created specifically around an app. A study recently released from ASU’s W. P. Carey School of Business applies analytic research to replace the crystal ball, crossed fingers and specific-market research business owners and app developers may have been using, and have identified key elements of a successful app.

“More than 1,200 apps are released each day, and we found a number of ways to determine which ones would be the most successful,” explains Professor Raghu Santanam, one of the study’s authors, who teaches in the Information Systems Department at the W. P. Carey School of Business. “For example, simply providing updates for an existing app can really add to its popularity.”

Developers and sellers have the opportunity to change the features and characteristics of their apps based on user feedback, and updating and improving the features in an app can help it stay on the charts up to three times longer. The study also found that each time a seller simply expands to a new app category, it bumps up that seller’s presence on the top-grossing charts by about 15 percent. And perhaps not surprisingly, the researchers also discovered that free apps generally stay on the charts up to two times longer than paid apps.